Professor Attahiru Jega: How I battled desperate politicians (Must Read) 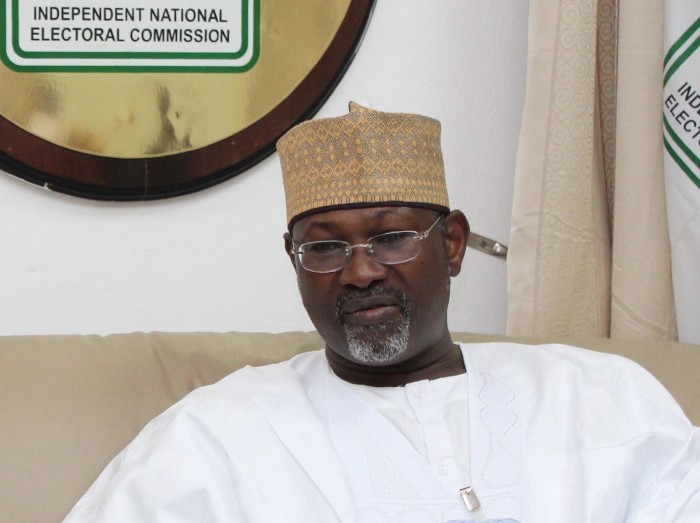 Professor Attahiru Jega, the former chairman of the Independent National Electoral Commission (INEC) has said he had to battle with politicians who were desperate to gain power at all cost and “militicians’ who tried to subvert the will of the people when he headed the affairs of the commission.

Vanguard reports that Jega said this at the first University of Abuja public lecture on Thursday, October 29.

He said through compliance with the law, INEC was able to thwart the effort of the desperate politicians.

“From my experience, I quite often say that Nigeria has a special breed of politicians (Militicians). They generally tend to believe that political power through elections has to be ‘captured,’ and this has to be done by hook or by crook; and by any means necessary. To them, winning election is, literally, a do-or-die affair.

“INEC faced perhaps its greatest challenge in containing the predisposition and reckless mindset of Nigerian politicians. Any wonder then that our political arena increasingly resembled a bloody battlefield, with maiming, killing, burning, and unimaginable destruction of lives and property.

“Navigating the minefield of do-or-die politicians as an impartial electoral umpire required nerves of steel, and we had to quickly muster the requisite thick skin, as well as appropriate containment strategies.

“At best, they can install inept and corrupt leadership that can herald, if not institutionalize, bad governance. There are many illustrations or manifestations of this throughout Africa.

“But nowhere is this as amply illustrated as in the Nigerian case, especially between 1999 and 2007.

“The 2007 elections were manifestly the worst in Nigeria’s history, as declared by both domestic and international observers. The EU observer mission, for example, noted that the elections fell ‘short of basic international standards,’ and were characterized by violence and crude use of money to buy votes.

“There was reckless mobilization of ethno-religious cleavages and heightened use of money and thugs to influence results.

“The pre-electoral processes, such as party primaries, were conducted in grossly undemocratic fashion. In many cases, the results were said to have gone to the highest bidder.

“The winner of the presidential election, late President Umaru Yar’Adua, himself admitted on the day of his inauguration that there were serious flaws in the election that brought him to power.

“There are also other associated challenges. For example, meeting the production deadlines in the production of PVCs was seriously affected by power failures, which damaged equipment, which the vendor could not quickly replace.

“The use of the SCR was constrained by the fact that some polling units were located in areas where there was no Internet coverage.”

Jega also applauded the appointment of Professor Mahmood Yakubu as the new chairman of the commission and said he would make the country proud.

5 Photos of Funke Akindele that will leave you in stitches!

6 Reasons your kids should NEVER attend private schools – Make sure you see this!