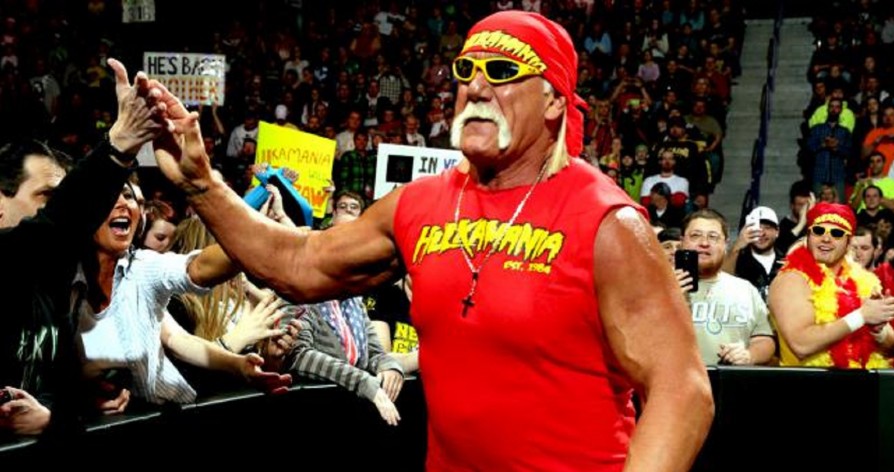 Wrestling heroes who are let downs in real life – They say never meet your heroes; you will be disappointed. These heroes come as athletes, movies stars, musicians, comedians, painters, authors, etc. Everybody has a hero, more or less. If not a hero then at least a source of inspiration.

Take a look at the music world: do you really think that a kid meeting Kanye West for the first time and finding out that Kanye is self-centered and delusional would be disappointed? Absolutely not. However, and this is the sad part: that same kid would actually vote Kanye for President and join the delusion.

And how about Taylor Swift? What if a sweet, young, optimistic girl met Taylor and she proved to be a fraud? That all this female empowered heartache was simply an act to make money? That girl would be crushed and devastated as he impressions of people as a whole would then be altered for the worse.

There is nothing wrong with having a hero but even those you admire need to be held in a critical light. Do not take their word as gold and do not accept their actions as justified. If you feel a different way then question your heroes.

Another profession that has produced its share of heroes – especially to the children – has been professional wrestling. Currently, John Cena is the hero of all the children who watch WWE; a role Cena takes very seriously and a role that he has continued to assume in his every day life.

This piece will take a look at the wrestling heroes unlike John Cena. The ones who have disappointed by way of drugs, delinquency, and a scattering of other personal demons. This is not about demoralizing or condemning anybody (even Cena’s made his mistakes); this is an exercise in the human condition and an example of people being people.

We all find ourselves in hideous circumstances, it’s just easier to hide when we are not in the public eye. Unfortunately for the following wrestlers, the public eye is where they dwell.

These are the top 15 wrestling heroes who are let downs in real life: Let’s be honest about Matt Hardy: he has long been overshadowed by his far more interesting and exciting brother. In WWE, Hardy would find himself involved in one major storyline which was a direct result of a real life cheating girlfriend.

However, despite being the lesser of the two, The Hardy Boyz have always been viewed as tag team heroes. Matt Hardy has always used the internet as a place to vent his frustrations which has also made him seem petty in the process.

Keeping with his love of internet controversy, Matt Hardy would actually post a “goodbye” video that provided the impression that Hardy was on the verge of suicide. This of course was nothing more than Matt Hardy craving attention.