Why Aki and Paw Paw separated 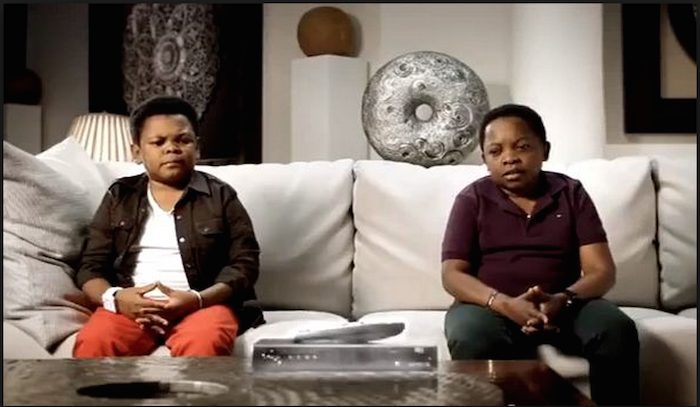 What is stopping you from joining the list of celebs that have shown interest in politics?

I would encourage anyone who is interested in the Nigerian politics system to do so because it is a good development. We need such faces in governance. Personally though, I cannot give a definite answer to that. The fact, however, remains that we are all part of the game of politicking and this is the only way we can bring change to the country. Let’s wait and see the outcome because I don’t always delve into things without cross-checking.

If you eventually declare your interest in politics, which position would you opt for?

That would be determined by my people. They have the final say on that.

Could it be true that the interest of celebs in politics is as a result of the purported wealth being amassed?

I will not agree with that. I don’t think there is any truth in that because it has no basis. We are human beings and most of us are intellectuals. Anyone that wants to go into politics should have it at the back of his or her mind that they would bring change and help the people.

In your own take, do you believe that celebrities can bring the change the people really want?

It is an individual thing because dreams are different from one person to another. For me, I would say yes, we can bring about that change. Shakespeare says that: “The mind is like a basket, no one knows what the other person is carrying.” Generally, we are all instruments of change, and from the things we do, we are like evangelists who reveal the unknown to the public, especially things that are happening in the society.

So, if we can achieve this dramatically, we can bring it to the reality. I believe the mindset of every entertainer going into politics is to set a standard and bring positive change to the nation.

Back into acting, it seems you did not discover yourself until Paw Paw joined you in the industry?

It wasn’t like that. I started acting in 1998 while I was still an undergraduate and I have done some major jobs between 1999 and 2000, especially as supporting lead role. In fact, I was almost there before Paw Paw surfaced; he started acting in 2001, but he was not famous. God miraculously picked the two of us and featured us in a movie which gave us a break among others of such stature as ours.

I believe we were not the only ones with small stature. It was a unique combination which opened the people’s eyes as well as gave the industry a new face. Remember, I did not start acting with the comic aspect. Back in my secondary school days, my friends knew that I was a funny person. Everything that happened was for a reason. I guess it was time for people to know the other side of me, which also gladdened my heart. I would say that our coming together stirred the comic thing.

Do you sometimes think you guys might not have been famous if you had not come together?

I don’t see it that way. As I said earlier, it was a divine connection. God has a purpose for bringing us together and every man has his time and season. Despite our small stature, which many people see as a disadvantage, fame still located us. The coming together of Aki and Paw Paw was a prestige to us and a plus to the industry because it was a usual way of shooting movies before we were discovered, especially witchcraft or any other movie. The whole thing changed when we came on board. We brought stories that happened to us personally to the screen and before we knew it, the combination became hot cake in the market.