The 10 worst Royal Rumble winners ever (With Pictures) 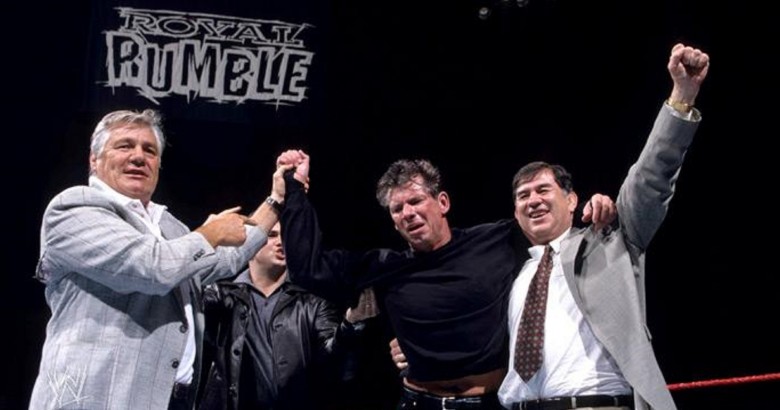 The Rumble is also exciting as it is a platform for many exciting returns from injury, returns to the company, debuts of wrestlers, and also the return of legends for one more moment in their illustrious career.  Everyone is on the edge of their seat when the countdown starts at 10 seconds until the buzzer sounds and the next wrestler enters the match.

Leading up to the 2016 Royal Rumble pay per view, there have been a total of 28 Rumble matches in WWE history.  There is only one 3-time champion in Stone Cold Steve Austin, and there are four wrestlers with two wins:  John Cena, Batista, Hulk Hogan, and Shawn Michaels.

While the list of Royal Rumble winners include several current and potential Hall of Fame wrestlers, Vince McMahon’s decision on a winner has been off at times (especially the past two years), and this list will cover ten of the worst winners in Royal Rumble history.

This list will include the only 3-time winner;,which could be a surprise to many.  Also included are some of the early winners when the match really didn’t have as much meaning or so much on the line.  This list even includes the boss himself.

It would be hard to fathom that the only WWE wrestler with three Royal Rumble wins would be on this list, but he is due to a couple of factors.  Austin‘s career was starting to wind down at this point as injuries were really mounting up for the rattlesnake, but he entered the 2001 Royal Rumble in at #27, so it was very late into the match.

One reason why he is on this list is because he only had three eliminations.  Only one of those three was impressive as it wasKane, who set the record for most eliminations that year.  The others were Billy Gunn and Haku; not necessarily gigantic names.  Throw in the fact that he was only in the match for 9 minutes and 43 seconds, the second lowest for a Royal Rumble winner, he is on this list.