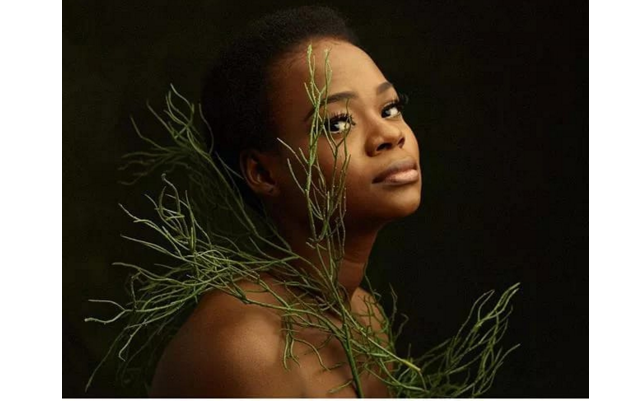 Olajumoke and her family was given a new apartment in Lagos.

The bread seller was discovered by TY Bello

Ever since rising model Jumoke Orisaguna’s story went viral, a large number of Nigerians look forward to such a day when luck will shine on them.

Former bread seller, Jumoke is now the owner of a luxury apartment in Lagos with various endorsements from corporate organisations such as Payporte and Stanbic IBTC.

Olajumoke has narrated her story of grass to grace in Punch Newspaper.

Read the excerpt below:

Speaking concerning her childhood, she said, “While the other girls would run around to play in the stream and engage in all sorts of games, I was either selling vegetables for my mother or helping my father on his farm because it was from these two areas that our daily bread came,”

“The opportunity for running around like the other girls wasn’t just there.”

Concerning the photoshoot which she photo bombed, Jumoke said,

“I only wanted to walk through the scene to take bread to my customers at the mechanic workshop around the place the shoot was taking place. I never had the intention of appearing in the photograph. It was while I made my way that the camera captured me,”

On how she handled the fame, she has this to say,

“I was afraid that morning because wherever I turned to, people looked at me unusually,”

“It was as if I was a wanted criminal that everybody was looking for. One guy stopped me in the process to tell me that some people were looking for me and that he saw me on the television and Facebook the previous night. I simply ignored him because I felt he was crazy. How could I have been on the television when I didn’t pose in front of any camera, so I thought. Throughout that day, people told me the same thing in all the places that I went.

“By the third day, as I entered one estate where I used to sell to some of my customers, an Hausa man ran after me immediately he saw me. He said his madam had been looking for me and that she wanted to help me. That was how he took me to his madam who happened to be TY Bello. Immediately she saw me, she welcomed me specially into her home and paid for all the bread in my tray. She told me it was the end of my hawking bread and that I was going to have a new life,” she said.

If you didn’t do all these as a child, then your childhood wasn’t awesome (With Pictures)

GUYS: 9 Unbelievable sexy things women want to see you do in bed..