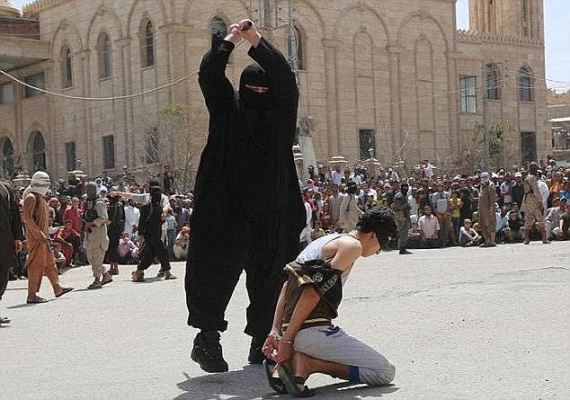 A young boy named Ayham Hussein has been beheaded by the dreaded ISIS militants in central Mosul for listening to “western music”, according to local sources. He was arrested by militants after allegedly being caught enjoying pop tunes on a portable CD player in the group’s Iraqi capital Mosul.

He was dragged before a Islamist kangaroo court which sentenced him to death by public execution.
This is the first time someone will be beheaded for listening to Western Music in Iraq as there’s no Sharia law prohibiting such and the incident has sparked outrage among locals.
“Ayham Hussein was captured by the jihadis while listening to Pop music at the grocery store of his father in the Nabi Younis marketplace in western Mosul. He was referred to the Sharia Court, which issued a decision to execute him,” a spokesman for the Nineveh media center told ARA News. “ISIS jihadis publicly beheaded the boy,” the source said to ARA news, speaking on condition of anonymity.