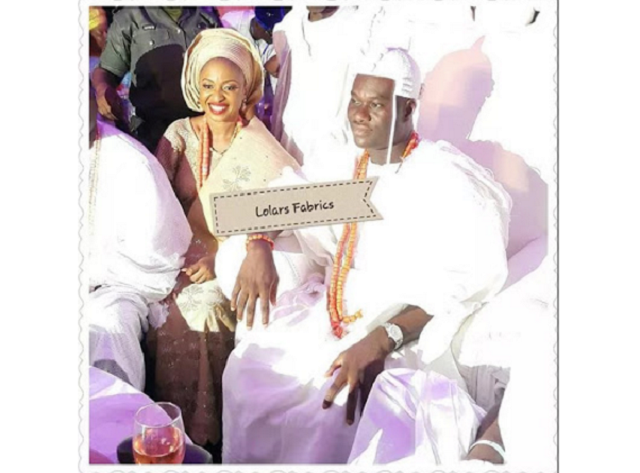 Ooni of Ife’s marriage crashes – If reports reaching us are anything to go by, the Ooni of Ife, Oba Enitan Babatunde Adeyeye Ogunwusi is set to take a new wife because his first marriage to Adebukunola Ogunwusi has allegedly crashed due to irreconcilable differences.

According to sources who confided in SDK, the handsome Ooni’s relationship with his wife was already so strained that both were no longer in talking terms as at when the Ooni ascended the throne, and this explains the reason why during his official coronation on the 7th of December 2015 there was a distance between him and his wife.

The source added that  Adebukunola never assumed the role of an Olori and never moved to the palace. They say she left Ile-ife town as soon as the coronation was over and has not been back there.

Perhaps this can explain the very noticeable absence of Olori Adebukunola in most of the Ooni’s officlal functions and engagement.

From what has been gathered, the alleged new Olori is from the Royal Brass Casters guide family -Ine n’ Igun and her forefather Ezhoe is from Oluyare compound, Ile Ife, but is a native of Benin.

It is claimed that Wuraola is relocating from her base abroad to take on her role as wife and new Olori to the Ooni of Ife.

Last month there were rumours making the rounds that one Princess Ronke Ademiluyi was romantically linked to the Ooni, but that rumour was shot down by palace sources who said the Ooni “was too focused for such”.

Fetty Wap baby mama takes him to court: I’m sure we he’s the father, we did it 2 straight weeks..