10 Famous families that are cursed (With Pictures) 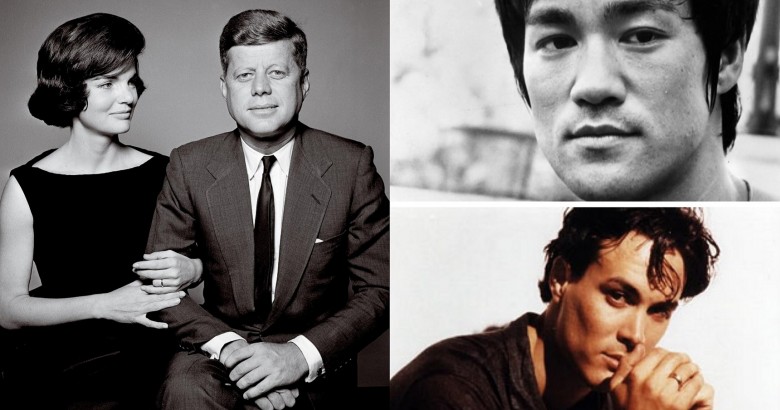 Famous families that are cursed – “May a plague curse both your families.” Mercutio says these famous words at the end of Act 1 in Shakespeare’s Rome and Juliet. And we all know what eventually happens to Romeo, Juliet, and the feuding houses of Capulet and Montague… “for never was there a story of more woe.”

Of course, cursed families and blighted bloodlines existed long before Shakespeare. The Ancient Greeks had more curses than the Kennedy clan, from the House of Atreus to the mythical House of Thebes. In the latter, poor Oedipus kills his father, marries his mother, and blinds himself. Is a curse an explanation for bad luck or is something supernatural going on… a divine deus ex machina that strikes down families with wealth, power, and gene pools fouled with hubris and impropriety?

Misfortune and adversity plague all types of families, from royal dynasties to scions of industry. The more famous and powerful a family is, the more scrutiny it receives; the skeletons in the closet don’t remain in the closet for long. Yet some families are magnets for misfortune. Generation after generation is plagued with tragedy, as if their bloodlines are cursed… their lineages tainted. This is seen in families like the Hapsburgs, Romanovs, and Guinnesses. As Tolstoy said, “All happy families are alike; each unhappy family is unhappy in its own way.”

The Von Erichs were a prominent wrestling family in Texas in the 1980s. Family patriarch Jack Adkisson, aka Fritz Von Erich, master of The Iron Claw, lived to be 68. However, misfortune was in the bloodline. Five of Fritz’s six sons died before him, and the family was called the Kennedys of the wrestling world. Sons Michael, Chris, and Kerry all committed suicide. The firstborn son, Jack Jr., died in a freak accident; he was electrocuted in the family home in 1959. And David died from a drug overdose in 1984. Wrestling the Curse, Amanda Spain’s documentary about the Von Erich family, debuted on ESPN in 2015.