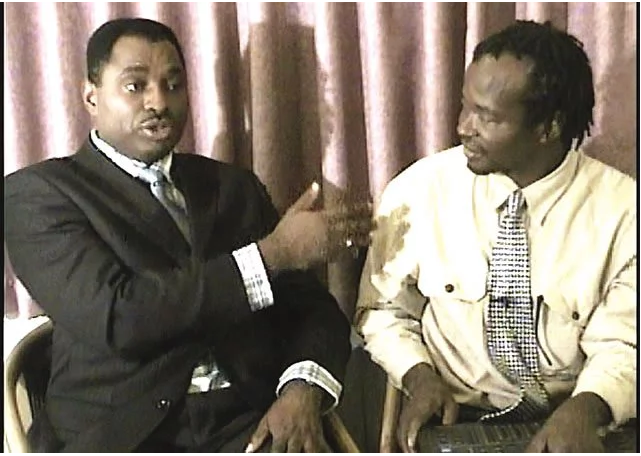 Nigerian actor found dead in his bathroom – Neighbour goes in search of Ihediwa only to perceive foul smell from his house – Preliminary findings showed movie actor, director died of heart attack – Examiners say he may have died five days earlier.

A Nigerian movie producer and actor, Philemon Ihediwa is dead. The Punch reports that Ihediwa, one of the few Nigerian actors who ventured into Hollywood, was found dead in his American apartment bathroom on Saturday.

Police sources said his bloated body was found in his apartment as he fell on the floor in his bathroom, hitting his head against the bathtub.

The Monday preceding the incident, Ihed (as he is fondly called in the US), during a telephone conversation with his female friend, Louise Gorsham, who lived ‘across town, had complained about not feeling well and that he would retire early to bed as the woman pleaded with him to call her when he woke up at sunrise to which he agreed and they both wished each other goodnight.

“The next day, I called several times throughout the day but he did not respond to my call. I sent text messages. No response. I waited till Wednesday to repeat calls and text messages. I did not hear from him. I was also at work.

“By Saturday afternoon, after I closed from work, I pleaded with a coworker to drive me to Ihed’s apartment in Smithfield, a thirty minutes ride from Raleigh.

I was mad at him. I thought he was ignoring my calls on purpose, might be he had found another lady. “But when I got to his apartment, I noticed his car was in his parking space. I began to smell stench coming from his door. I knew something wasn’t right.

“Immediately, I called the Smithfield Police department and requested a welfare check on my friend. The police arrived few minutes later, broke into his apartment and found him dead on the floor, bloated and oozing.  My friend died lonely from a broken heart and years of pains from being denied relationships with his children.

“He loved those kids. Ihed told me many times that his wife had, through the years, barred his children from visiting him. She set them up against their dad while she was busy collecting heavy child support. That man was a very great man. All he wanted was to be a good father to his children. But his ex wife was in the way. Now he is gone.”

Preliminary findings by Smithfield medical examiner’s office showed that he may have died of seizure and possible heart attack. as it was in their record that, “his body was bloated and near decomposition when he was found in his bathroom. The heat in the apartment accelerated decomposition process.”

The medical Examiner also concluded that Ihed might have died five days earlier.

Ihediwa was married to ex-wife Stella in 1996 and despite the fact that the wedding was blessed with three boys, the couple parted ways after ten years.

The actor’s death is coming on the heels of several deaths being recorded by the Nigerian movie industry, as Joseph Adu, the Nollywood ace actor, was also recently pronounced dead.

Adu was one of the few surviving actors in popular old TV drama, The Village Headmaster and according to The Punch, the actor who was fondly known as Jab Adu passed on in Abeokuta, Ogun state, on Sunday, February 28.

A source close to his family reportedly confirmed the death but could not provide total details regarding Adu’s passage.

Ooni of Ife absent at his own wedding, See photos of his stunning bride..