The 10 biggest backstage bullies in WWE history (With Pictures) 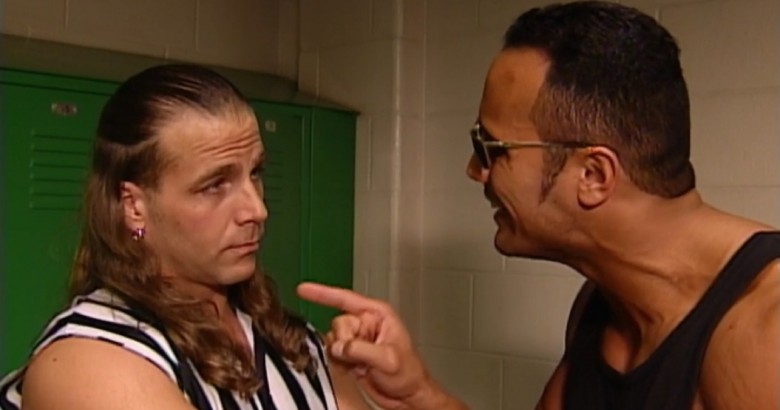 Biggest backstage bullies in WWE history – Professional wrestling is a weird business in many ways. Organizations such as World Wrestling Entertainment are built on performers pretending to be tough fighters who engage in pre-determined in-ring encounters.

The WWE could technically push anybody as a top babyface and or a top heel because the company is selling storylines and not offering real competitions. Diehard fans of the product may not love that Roman Reigns is being positioned as the next John Cena in the spring of 2016, but WWE viewers are not expected to believe that Reigns could hang in the Ultimate Fighting Championship.

With that said, there have been numerous cases of certain WWE Superstars being bullies and/or trying to prove their toughness to others backstage. That is bound to happen in any environment that includes a locker room and a culture of individuals attempting to show that they should be the highest-paid people in a particular company. Some have gone too far, however, as there have been stories of backstage bullies being punished and even fired by the WWE because of those actions. The WWE has left no doubt that bullies will no longer be tolerated by that organization, and that is probably a good thing for the WWE and for anybody who wants to make it big in the wrestling business.

Bill Demott stands out on a list of alleged WWE backstage bullies because Demott was a trainer for the company when he reportedly committed his shameful acts. Demott, per reports, was said to have physically and verbally assaulted individuals who were training to become WWE wrestlers, and he was also accused of using derogatory and racist language during some training sessions. While Demott did not publicly admit to doing these things, he did step away from the WWE in March 2015. It seemed at the time that Demott realized he was going to be shown the door by the WWE if he did not leave the company on his own.