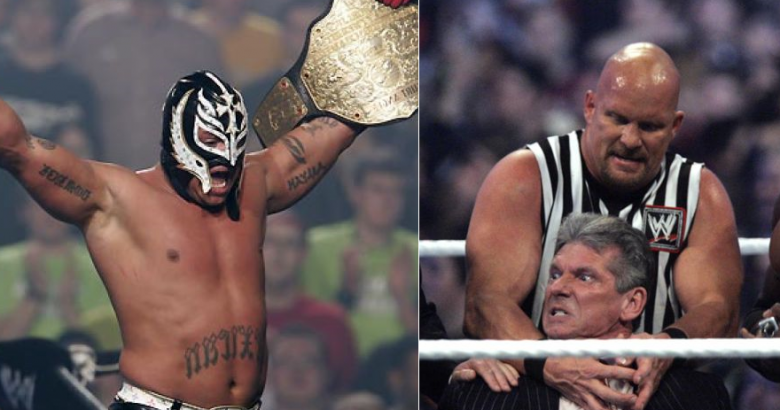 The worst and 5 of the best WrestleMania win/loss records – WrestleMania. It simply doesn’t get any better than this event, whether you’re a fan or a wrestler. For those performing on the grandest stage, whether you win or lose the experience of it all is the best part. Although, picking up a win would certainly be a bonus and give a huge boost to a wrestler’s career.

Some have won, while some of the most talented in-ring performers have lost a lot more than they have won. Some notables who were left off this list include Ric Flair who went 1-4, the Dudleys who have yet to pick up a win at 0-4 and Triple H who has only 9 victories in 19 WrestleMania bouts (9-10). Tito Santana also possesses one of the worst Mania records of all time at 1-7.

Not everyone has a bad record at WrestleMania; some good omissions include the Road Warriors who are 3-0 (the only undefeated Tag Team), Daniel Bryan who is 4-1 and The Ultimate Warrior who also went 4-1.

Despite putting on some fantastic matches, the 35 year old has a pretty lopsided WrestleMania record, picking up only one victory in his last 6 matches on the big stage. Ziggler made his WrestleMania debut in a tag match taking on Trish, Snooki and John Morrison, but Ziggler picked up the loss. Dolph’s only Mania victory came the following year when Ziggler won a tag match as a part of Team Johnny. The former World Heavyweight Champion’s most recent loss came last year when Daniel Bryan won the Intercontinental Championship ladder match. Like Shawn Michaels, despite his obvious in-ring abilities, wins haven’t come easily for the show off.