Top 18 actresses with the hottest boobs in Hollywood – #1 will make your eyes pop out! (With Pictures) 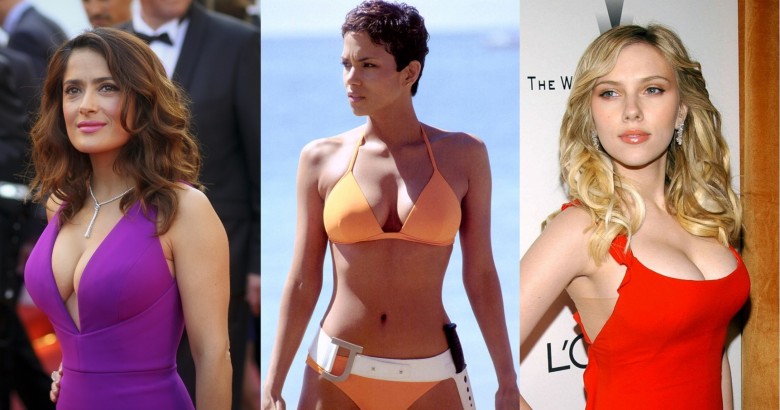 Actresses with the hottest boobs in Hollywood – In this day and age, it isn’t often that actors can just be talented at the craft of inhabiting a character. They have to be entertainers, who have the ability to captivate audiences on film and on the red carpet. It has also become a matter of fact that if two performers both have similar levels of acting skill, the one who is the most attractive of the two will likely be more successful.

For this list, we’ll be looking at actresses who have the best busts in the industry, as best we can tell.

This isn’t necessarily a list of the women with the biggest boobs but we’d be lying if we claimed that size doesn’t matter. We have also based all of our decisions on the information that is available. Thus, women who’ve shown their chests in various levels of undress have been given some level of a premium as we have a better idea of what they are working with. This list is also not limited to actresses that are currently regularly appearing in projects but we won’t be looking for anyone who hasn’t been famous on some level. As a result of our celebrity rule, women who are known mostly for an epic nude scene like these honorable mentions: Betsy Russell, Alexandra Daddario, Eva Amurri Martino, Addison Timlin, Alice Eve, Jessica Paré or others like them didn’t make the cut. So, without any further ado, let us present our list to you. An actress who was just famous enough to make our list,Shannon plateaued early and never reached the tip top of the acting world, otherwise, her placement on this list would have been much better. Appearing in movies like Thirteen Ghosts,Scary Movie, as well as Jay and Silent Bob Strike Back, she had a pretty decent little run. Best known for playing Nadia, the foreign exchange student in American Pie, her on screen time is minuscule but her contribution to the film went a long way to making it the success it became. Changing clothes in the main character’s bedroom, she bared her incredible bust to the joy of everyone involved.

11 Celebrities who are bad drivers (With Pictures)