The 10 hottest women Rob Kardashian has slept with (With Pictures) 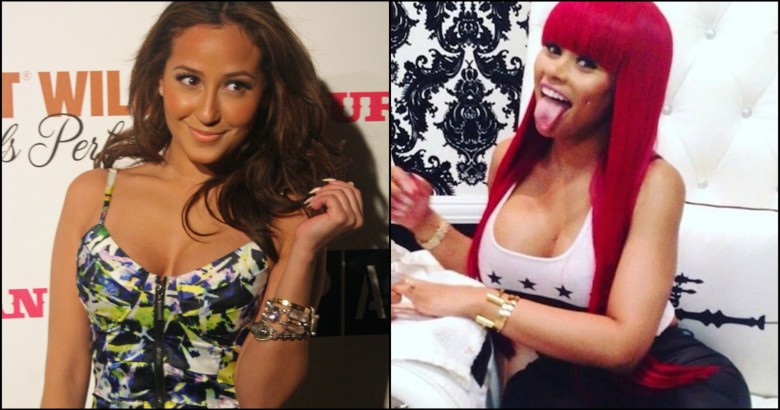 Hottest women Rob Kardashian has slept with – Let’s talk about the Kardashians, or rather, let’s just talk about Rob Kardashian. The brother of the Kardashian-Jenner clan rarely gets a break, and while he may sometimes seem to be in hiding, we think it’s just that he doesn’t get any airtime! His sisters end up taking all of the spotlight away from him.

So we are here to take a look at The 10 Hottest Women Rob Kardashian Has Been With. Are you ready to see what kind of action Rob can get? Throughout the years, we have watched him bring hotties with bodies onto Keeping Up With the Kardashians. His sisters and parents have gotten to know some of his girlfriends, but of course, there have been flings and one-night stands in between as well. So we will break it down for you by showing you the highlights: ten beautiful women that Rob was romantically involved with, even if just for a little bit.

You would probably expect a Kardashian to be quite a player, and we guess that you could call Rob Kardashian one! His list of ex-girlfriends and hookups is pretty lengthy, and he is even rumored to have had flings with some prominent ladies such as Demi Lovato. He has also had a few very high-profile relationships, which was probably very tough to handle. It is one thing to date a model or professional dancer, but what about doing it in the public eye? Sheesh! That’s what you get for being a Kardashian, Rob! Rob Kardashian and Jasmine Sanders were said to have had a hookup in July of 2010. It makes sense, considering that Rob was getting over a two-year relationship that had just ended. He was previously with Adrienne Bailon, can you guess what spot on the list she gets? Rob seemed to use a lot of 2010 to rebound off of different girls, although he probably would not have used the word “rebound.” Anyway, Jasmine Sanders was a fine choice, the “Golden Barbie” has a pretty decent presence on the modeling circuit and her biggest claim to fame is her work as a model and in the movie School Dance. She was reportedly dating Nick Cannon.