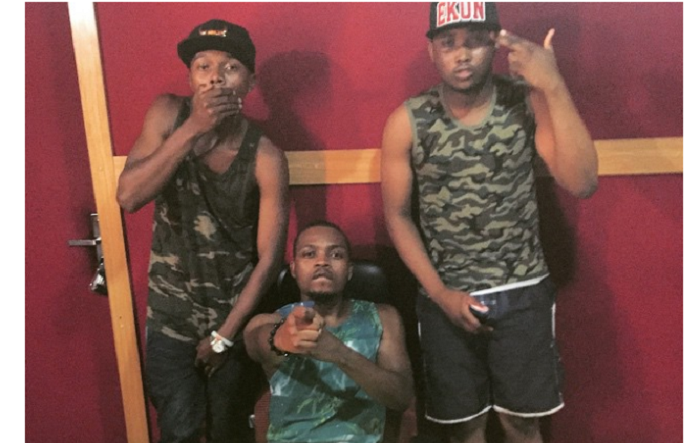 Former YBNL artiste airs his frustration – A while ago Olamide announced to the world he has signed 2 new artiste, oneChinko Ekun and the other Xino following the success of Lil Kesh. Xino released 2 songs under YBNL shortly after his announcement Not much have been eared from the two ever since. With Chinko Ekun very much still with YBNL, Xino has ran for his life.

The youngster too to Instagram on Tuesday to write on how Olamide did nothing to help him. Read all he wrote below

Okay! This post dey uncalled for totally, but bread wey dem leave for air gaz dry. I used to be under YBNL Nation till my Boss, Mentor and Big bro left me out on the streets with no form of support but these undoubtedly wise words “Only the grind connects hustlers” Real talk. But real talk no dey put records on countdown.

I worked my ass off recording over 12 songs within a month and just to be recognised by the fam, but it’s like I was just shadow punching. I won’t curse or slander coz we all love him. This is a pussy move prally, but e no nice to have ur hopes of making waves dashed (which they aren’t) by someone u look up to and believe in.

I didn’t mind waiting for even a year to have my records out, but bros made it seem like I was the most impatient fool. The aim of this post sha na to encourage my people dem to believe yourself, I tot we was all from the street tho, but turns out… any how help me tag someone that’ll take this to heart.

I am Xino and blood runs in my veins what don’t kill me make me stronger. I’m a better afro artiste, growing producer and the total package. I might not fly round the world yet for shutting down London and malay and eko hotel, but ehnn… I’ll be damned if I die with less than 10MILLION DOLLARS in my second account. Now pls no more questions. SHEY MAN GO LOYAL TILL HIM GET HUNCHBACK #TagAnybody #IMUSTBEHEARD #ThisPostIsCoveredByTheBlood lol..