Jamie Vardy: It was easy to reject Arsenal 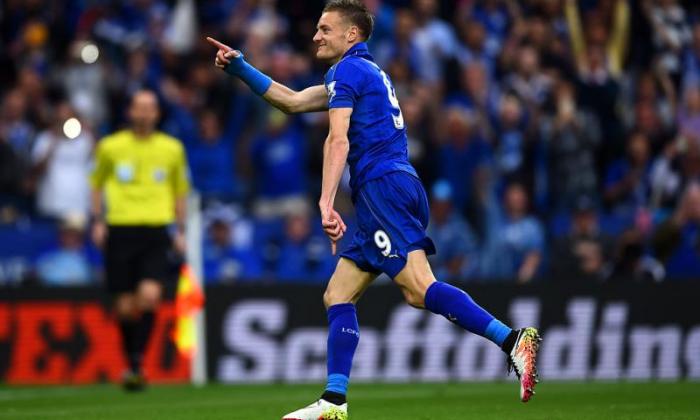 Jamie Vardy has revealed that it was easy to reject Arsenal, and stay at Leicester, insisting a move was not in the works. The forward was believed to be on his way to Arsenal, after they triggered his release clause. But he signed a new contract with the EPL holders instead.

The 29-year-old has now reflected on his decision to stay put and is adamant staying at the Premier League champions was an easy call to make in the end.

“[Turning down Arsenal] wasn’t that big when I think about it. It was quite easy and this is where I want to be,” Vardy told Sky Sports.

“I was away with England so [a move to Arsenal wasn’t close]. No [I didn’t speak to them.]

“There’s a lot of unfinished business here. I feel that the club is only going one way and that is forward, that’s why I want to be a part of it.”

Vardy also hopes Riyad Mahrez, who has been strongly linked with a move away this summer, follows in his footsteps and stays put at the King Power Stadium.

“I think everyone in the squad would want him here, playing with us,” Vardy added.

“But that’s nothing to do with us and it’s down to Riyad and the club to sort.”

4 Hot TV presenters that have left MTV Base in recently – Do you remember #2?? (With Pictures)