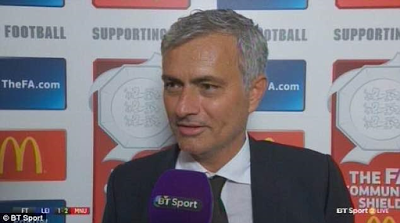 Jose Mourinho after guiding Man U to a 2-1 win over Leicester City in the community shield on Sunday has dedicated the trophy to former Man U coach Louis Van Gaal. Louis Van Gaal was sacked at the end of last season despite leading the team to win the FA cup title, and Mourinho, his friend who replaced the Dutchman after overseeing his new side’s 2-1 win over Leicester City at Wembley decided to dedicate the win to his former Barcelona colleague as well as seven first-team players left out the match squad. 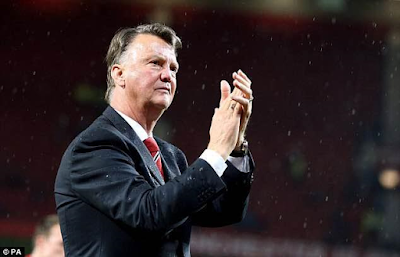 “I want to dedicate this victory to eight people, Mourinho told BT Sport.

‘Seven of my players that were not selected because they weren’t but they deserved to be. They worked hard to be but I had to make changes so people like Ashley Young, [Phil] Jones, all of them not selected, this is to them.

‘And also for the person which allowed us to be here today which is Louis van Gaal because he won the FA Cup and without him we wouldn’t be here now celebrating.’ Mourinho also claimed the world record £100million arrival of Paul Pogba from Juventus is close to being completed.

‘I think so, finally,’ Mourinho added. ‘It’s amazing such a good player is with us and finally we have him and he comes to a winning side – a side that won the last two matches in the cup final and the Community Shield. So he has to work hard to come to the team.’ 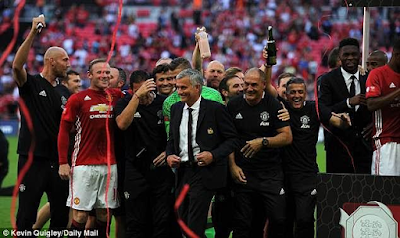