12 Epic roles that destroyed the actors playing them (With Pictures) 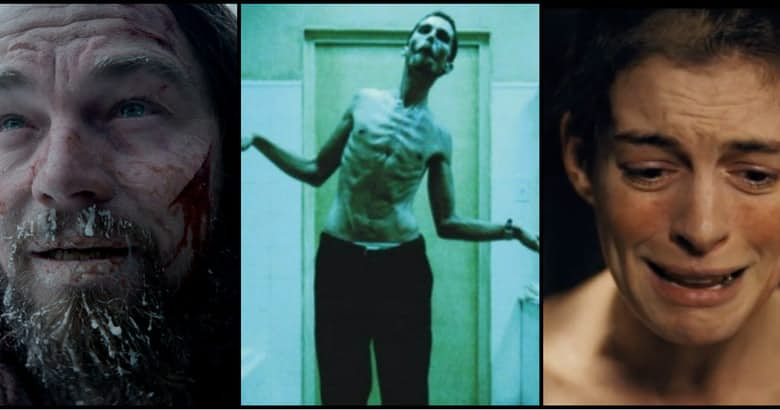 Roles that destroyed the actors playing them – Actors aren’t just pretty little celebrities that live up in the Hollywood Hills and drive around nice cars. I mean — of course they are, but at the end of the day they still have a job to do and most of them take their craft very seriously.

Sure, actors can show up on set, sit in hair and makeup, spew their lines for the day and return home to their mansions. But, the best actors? They don’t do that. They eat, sleep and breath their character and sometimes that’s where the madness sets in.

Some actors will throw on a fat suit, others will gain weight. Some actors will shed fake tears, others will be overcome by their own. Some actors will wear prosthetic wounds, other will create their own (crazy but true). Whether it’s mentally, physically or emotionally, all of the greatest actors will have some type of toll taken on them while fixated on a role. Method acting is one thing, a very admirable thing but when a character follows an actor far after filming has ended, that’s when you know their true dedication. “No pain, no gain” as they say, don’t expect to win an Oscar without a little sacrifice I guess.

Some of the actors on our list felt the effects of a character for months following filming, some for years, some for a lifetime and one who didn’t even live through the insanity his character created. Check out our list of 12 roles that took a serious toll on their actors.

Kyle Richards, best known as one of the real housewives of Beverly Hills was once a child star. She played Lindsey Wallace in 1978’s Halloween, a little girl whose babysitter is being stalked by masked killer, Michael Meyers on Halloween night.

Richards has said she was too young while filming the movie to really understand what was going on in the storyline. However, following filming when she watched the movie pieced together for the first time she was terrified. “I really did sleep with my mom until I was 15-years-old after that,” she said.

Richard’s blames Halloween for turning her off of horror roles altogether, “I was always thinking there was someone hiding behind the drapes or outside my windows or under my bed.” Poor Kyle Richards, scarred for life by a fictional psycho-killer.

12 Celebrities that are so scared of using Social Media (+Photos)

GUYS: 10 Annoying things you do during sex that women really don’t like (Take Note)