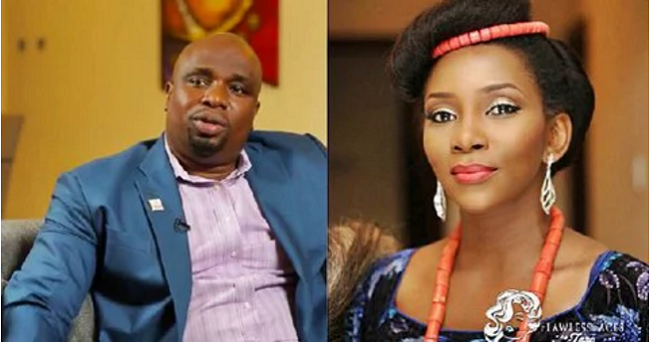 Genevieve Nnaji’s secret wedding – Following rumours that her secret wedding was cancelled at the last minute, the alleged reasons behind the cancellation has come to light. According to reports, Nollywood actress Genevieve Nnaji was planning to walk down the aisle with her ‘boo’ Ugochukwu Udezue, about two weeks ago, but the wedding was called off.

According to the gist, the wedding which was supposed to be a ‘top secret’, had been scheduled to hold in Milan, Italy, away from the prying eyes of the public.

The cancellation of the secret wedding which was earlier reported by blogger StellaDimokokorkus, was said to have happened because of the actress’s decisions over their wedding.

Her fiance Ugochukwu, who is the founder of the African Basketball League and also a wealthy NBA basketball agent based in Denver, Colorado in the USA, was said to have gotten angry over the ‘hush-hush’ affair, as he couldn’t understand why she refused to invite her parents and family members. He reportedly told his friends that he couldn’t trust her for choosing to make the marriage a very private affair.

Ugochukwu also reportedly said his father has refused to attend or give them his blessing, because he was suspicious of Genevieve’s reasons for not wanting even close family members at the wedding.

According to the gist, even though Genevieve didn’t invite her family members, she however invited one of her best friends, supermodel Oluchi Orlandi and a few other close friends.

Rumour also has it that Ugochukwu is a father of four children, however it is unclear if the pair are still in a relationship or if the wedding will be rescheduled later.

See more photos of them below:

5 Reasons why Guardiola will humiliate Mourinho in the Manchester derby