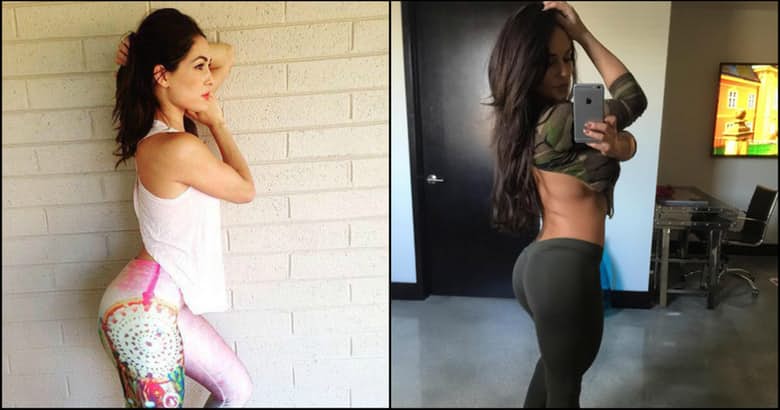 Photos of WWE divas in yoga pants – Ahhh, yoga pants… love ‘em or hate ‘em, one thing everyone can agree on is how great WWE Divas look in them. And why wouldn’t they? With those sculpted, lean and toned bodies, yoga pants show off every curve, every muscle and every definition.

Most men would agree that the world is a better place now that they can see their favorite WWE Divas in pants that make them have to go take a cold shower. Let’s give credit where it’s due here.

These ladies are not only beautiful and in great shape, they have the brains and strength to make it in a wrestling world that is typically dominated by men. They have proven themselves to be formidable opponents, both inside and outside of the ring. These ladies are not sex symbols, simply seen as a toy for men to play with… oh no, these ladies are strong, powerful forces of nature who demand respect whenever they enter a room. We’re pretty sure that they love to dress up in their favorite formal wear when going out on the town, or out to dinner with their significant others; but while they’re in the gym working those bodies, wrestling in the ring, or just at home chillin’ they don their yoga pants for comfort and ease of movement.

We’ve found some photos that prove these women love yoga pants and wear them to perfection. Even though some of these ladies are now retired from WWE, they deserve mention because they are still just as hot today as they were when they were part of the WWE organization.

Sasha is “The baddest superstar in the WWE” according to her Instagram, and her 1.3 million followers certainly agree with her. She’s been on the WWE scene since 2012, and she made it very clear from the beginning that she deserves to be on the main stage. She commands respect and she’s proven that she does indeed deserve the main stage. So, who helped her with her WWE persona?

Her first cousin, none other than Snoop Dogg. He has been her biggest supporter and helped promote her character when she first arrived on the scene. She has a strict workout regimen and spends a lot of time in the gym when she’s not in the ring, so it’s no wonder those strong legs look amazing in yoga pants. A lot of her time in the gym is spent doing leg exercises like squats and leg raises. Add strength training in the mix and you’ve got a powerful workout that is hard to beat.