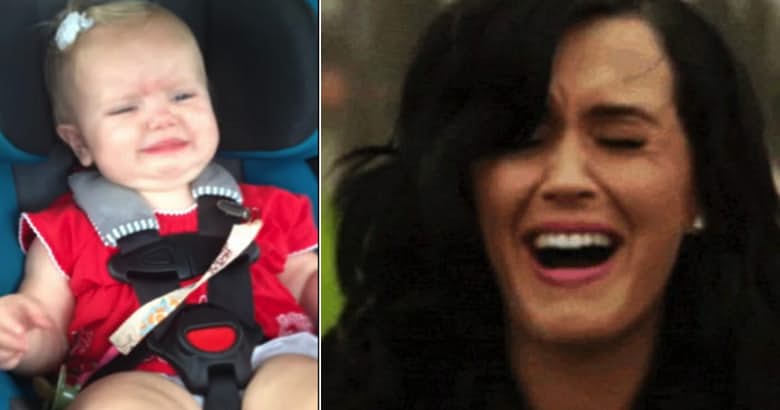 Photos of A-List celebrities acting like total babies – Celebrity behavior is out of control these days. They lie and they cheat. They are self-absorbed and self-aggrandizing. And in many instances, they act like total babies. Don’t believe us? Then take a look at some of the pictures we have in this piece.

It showcases the glitterati at their worst. They suck their thumbs, they wet their pants, and they do the hula-hula dance.

It’s like celebrities get a boatload of fame and fortune, and then innately release their inner child for all the world to see. Meanwhile, the rest of us spend our entire lives suppressing immature urges to eat dessert for dinner, throw tantrums and take two naps a day. Some of these stars are such babies that we want to scold them and make them sit in the corner for a time-out while they think about what they’ve done.

Being in the public eye comes with a certain amount of responsibility, but you would never know it by watching many celebrities. If we acted like they did, we’d lose our jobs, be shunned by our friends and family, and would wind up panhandling on the corner for loose change. But somehow when celebrities act like babies, they don’t suffer any consequences. People think it’s “cute.”

What’s the matter, Paris? Were you a naughty girl? Did you get a time-out? Poor Paris. Poor, poor Paris. This girl has made a career out of acting like an irresponsible child – and has been paid handsomely for it. First, it was the sex tape. Then, she acted like a spoiled, dim-witted brat on The Simple Life.

Finally, her bad behavior reached an apex when she was sentenced to prison time due to drug possession. Oh – and there were plenty of crotch shots, mean girl antics and meltdowns in between. We’ve seen toddlers that have better manners. What is she going to do next? Mess her pants? Shame-shame, know your name!

If we were her parents, we would have sent her to bed without her supper, put her on permanent punishment (no clubbing, no parties, no boys) and made her write “I won’t be an idiot” about a zillion times until she learned her lesson.