Unbeleivable! See what Jose Mourinho is planning for Wayne Rooney 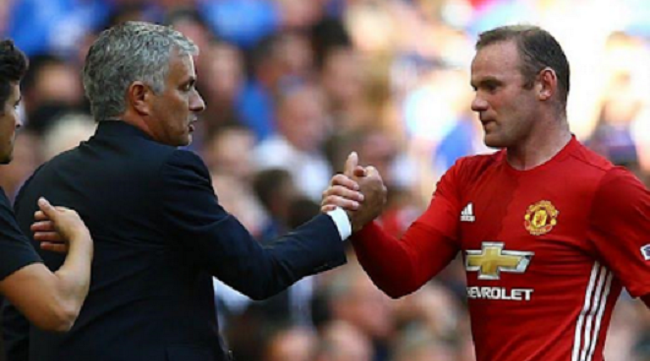 What Jose Mourinho is planning for Wayne Rooney – Head coach of Manchester United, Jose Mourinho has revealed he’ll never ever sell England/Man U captain Wayne Rooney despite his long stretch of poor form for club and country. Rooney, England’s highest goal scorer and Manchester United’s second highest goal scorer of all time has been dropped by club and country due to his poor form and sloppiness during matches, but Mourinho who has kept him on the bench in his last 3 premier league matches says he’ll never sell his captain, as rumours surfaced that United will be looking to offload him as soon as this summer.

Speaking to Sky Sports News HQ, Mourinho was asked about the possible prospect of selling Rooney, 30, to which he replied emphatically.

“I put him [Rooney] on the bench for three matches in a row. That is hard for him, hard for me, so that is being ruthless, to put in my mind the interests of the team in front of the player, prestige, status. In this case even legend. To put on bench a player with the numbers he has for club and country is hard.”