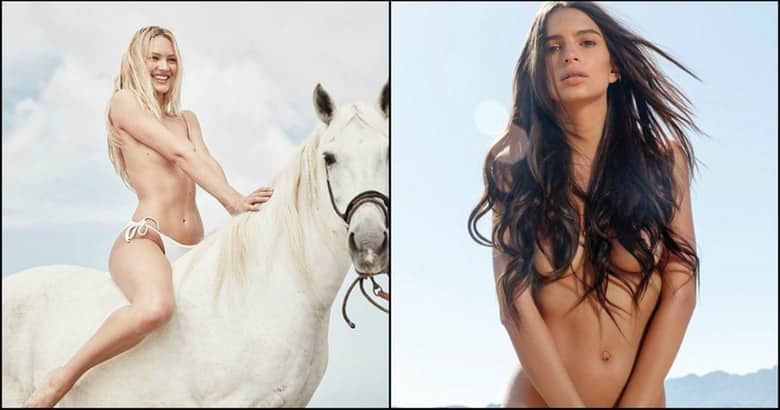 Celebrities who’ve shared naked photos on Instagram – When it comes to posting photos to Instagram, there are a few guidelines that you need to follow. One of which is the fact that you are not allowed to post anything too explicit, meaning that you can forgo wearing clothes, but you better make sure things are censored or covered up by some other means.

The 16 women below have taken full advantage of Instagram’s more lax rules in regards to the amount of skin they reveal in their posts. We’ve tracked down 16 of their hottest photos from when they decided to forget some clothes but remembered their camera. Of course, we’ve included the famous Kim K Instagram selfie, but you’d be fooling yourself if you think that was the sexiest Instagram post of all time.

These women are ranked by their amount of followers, meaning you may find some new celebrity crushes for our lesser-known entries or be amazed at just how many people care about what Demi Lovato, Cara Delevingne, or Emily Ratajkowski are up to!

When Courtney Stodden went out with her husband to celebrate her 21st birthday in 2015, headlines were made when her boobs decided they would rather not stay in her dress. Mind you, her husband Doug Hutchinson is 55 years old.

So when her 22nd birthday rolled around this year, she clearly had the brilliant idea of getting her drink on at home. For Stodden that doesn’t mean the clothes are staying on though, quite the opposite as she posted the above photo along with the caption “Drunk birthday.”

This is far from the only time Stodden has gotten undressed on Instagram. She was one of the several celebrities who decided to also bare it all in support of Kim Kardashian’s infamous selfie. Stodden has also posted a photo of her in the shower including the caption “Shy in the shower.”

Something tells me we have a different definition of shy.