12 Eye candy photos of Kim Kardashian from back when she was hot! 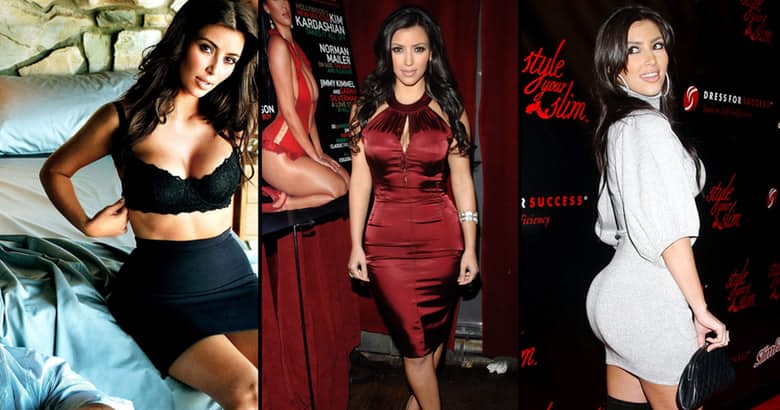 Photos of Kim Kardashian – There have been many stages to Kim Kardashian’s transformation to fashion superstar. Some love the new Kim, who is the ultimate prima donna, wearing (or not wearing) whatever she wants. She seems to have a permanent mask of makeup plastered on her face and before her skyrocket ride to fame, she contained a few modicums of modesty.

The old Kim had a semblance of innocence about her that may not have really existed, but at least it appeared to. Kim loves the limelight and has always wanted to be in it, but now that she has it 24/7 she has lost her levity somewhere along the way. There was something attractive about the young Kim where she is seen smiling authentically in pictures instead of her gradual adoption of what’s in between a smirk and a mechanical wrinkle in her lips.

Her natural beauty has always permeated the archaic, reptilian brains of men, but there was something much more appealing about Kim before she doused herself in makeup and knew that she was so desirable. In her 20s she had a leaner physique and didn’t have as much meat to flaunt. It is hard to find skimpy clothing on Kim before 2007, but she still had a genetic appearance that competes with the more voluptuous, manufactured one she carries today.

Kim stands in front of the backdrop for PURE Nightclub in Las Vegas, Nevada in 2006 for Matt Leinart’s NFL Draft party. She looks quite desirable with her form-hugging dress and luscious lips. She hasn’t quite developed her trademark backside yet and presents more of a youthful elegance.

Apparently this is before her nose job which is hardly even recognizable unless before and after images are compared with scrutiny. She’s smiling here, which is something that becomes rare after she transforms into the most talked about woman in America besides maybe Hillary Clinton.

Matt Leinart was a teammate of Reggie Bush before being drafted into the NFL so that is the only explanation why Kim would be invited to that party. However, they didn’t date until 2007 so it begs one to ask why she was there.