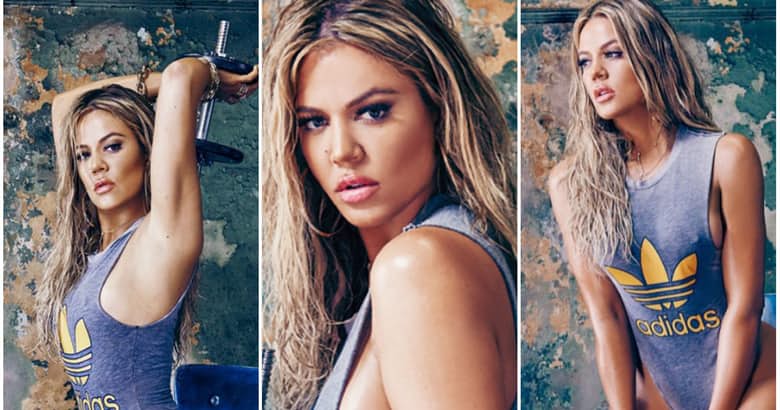 Photos of Khloe that prove she’s the hottest Kardashian – These famous sisters have made millions with their bombshell looks and their willingness to show them off (thanks for the view, ladies!), but are all Kardashians created equal? Kim may be the obvious choice for “first-place-hottie,” with her bomb-backside seen ‘round the world, but it would be a mistake to grant her the title of “hottest Kardashian,” without taking a nice long look at the sexy stylings of one Khloe Kardashian.

Khloe has taken a lot of heat from the media during her years of fame, and it hasn’t all been constructive. She’s been called “the fat one,” “the ugly one,” “a giant,” “the bastard child of OJ Simpson,” and even a “sasquatch” (ouch). In recent years, however, Khloe is serving up her revenge and it’s anything but cold.

After taking up daily workouts with celebrity trainers, Gunnar Peterson, and Don Brooks, as a coping mechanism for stress, Khloe has slowly been revealing her revamped look through sexy Instagram reveals, and scantily-clad photo shoots. After looking at these tantalizing photos of 12 times Khloe was the hottest Kardashian, you will only refer to her as “the sexy one” ever again.

12. When She Posed In A Latex Bodysuit

Yes, black latex bodysuits are pretty racy. But that’s not the only reason this sex-pot moment makes the hot list. What’s really sexy here is her willingness to try something different, a bit out of her comfort zone, as a gift for her then-husband, ex-Lakers star, Lamar Odom.

Viewers of the 2013 episode of Keeping Up With the Kardashians, where Khloe stages the photoshoot as an anniversary present to her husband, can see the way Khloe bravely works through her fear of looking silly in order to make something special her husband will appreciate. And what did this former pair of lovebirds find sexy? Hanging upside-down from the ceiling in a shiny, black catsuit, that’s what. More power to you, Khloe! Being your original self and taking a risk makes you even more appealing.