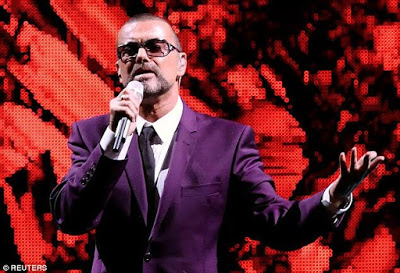 Gary Farrow, a PR guru and close friend to George Michael has claimed a drug habit ruined the late singer’s career. He told the Sun:

‘I believe easy access to drugs was the cause of his problems. I thought George was too bright to get involved with illegal substances. But once this disease gets hold of you it’s hard to fight it.’

Another friend revealed that just weeks before he died, the singer would throw wild all night parties at his £8million mansion. They said: ‘

George loved having friends over and was often still going strong well into the following morning. This continued right up until his death.’

Another source, claiming to be close to Michael said that he had suffered an overdose. He said:

‘He’s been rushed to A&E on several occasions. He used heroin. I think it’s amazing he’s lasted as long as he has.’

Last photos taken of George Michael before he died – See how he looked before his death….