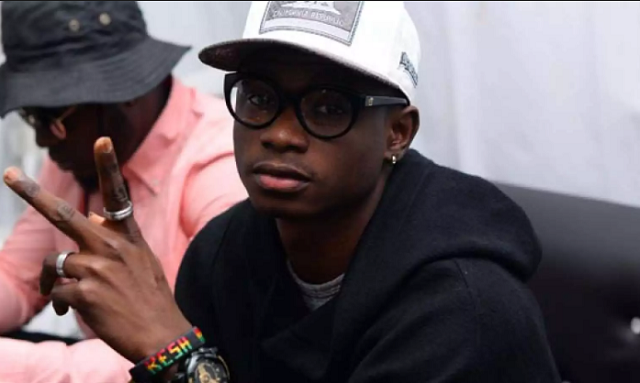 Lil Kesh decides to start making meaningful songs – In a new interview with Punch, Nigerian Rapper/Singer Keshinro Ololade, aka Lil Kesh, opened up about his career, his pastor dad’s reaction to his music, the direction he intends to take henceforth, and more about his relationship with YBNL.

Recall that weeks after he floated his own record label, Olamide clarified that the younger rapper didn’t really launch out on his own, adding that the new label, YAGI, is under the auspices of the parent company, YBNL.

Now, Lil Kesh speaks about his career. And he makes a surprising statement about how much his fans prefers him singing vulgar songs.

“I have recorded songs like Ishe, Semilore and others. However, the ones that go viral are the ones with vulgar lyrics,” he said. “I understand my markets, and I know the demography I’m directing my music to, which is the youth and adults.”

Now, he is making a new change and we hope it works out well for him.

Check out excerpts of the interview:

On how he fell in love with music:

I have pretty much been around music all my life, and the love for music has gotten me this far. My dad is a pastor and he owns a church. However, it’s not like I made a conscious decision to become an artiste; it grew on me until I knew this was what I wanted to do.

On his father’s reaction to his music

My dad was cool with it. He lets you do whatever you want to do. He feels that whatever his life story is doesn’t have to affect the way his children live their lives. According to what he used to tell me, everybody must live his or her individual stories. He watched me grow from being part of the choir, learning to play drums, and attending music shows. Till now, he gives me all the necessary support and respects my decisions.

Those vulgar songs are basically about me doing my job and he doesn’t interfere. Besides, not all my songs are vulgar. I have recorded songs like Ishe, Semilore and others. However, the ones that go viral are the ones with vulgar lyrics. I understand my markets, and I know the demography I’m directing my music to, which is the youth and adults. I’m a blunt entertainer, but I consider my fans, and always try to give them what they want. But this year, I decided that I’ll feed my fans with more meaningful songs that will inspire them.

And why he chooses to write those songs

Most of those songs were not written; we just go into the studio and ‘vibe.’ However, my environment inspires me and it’s not like I deliberately try to be vulgar.

On his educational background

I went to a number of primary schools, all in Lagos. I also attended secondary school in Lagos before proceeding to the University of Lagos to study Linguistics. However, I had to defer my admission because of my hectic schedule. Right now, I’ve enrolled at the National Open University, where I’m studying Mass Communication.

On how he met Olamide

I recorded a song titled Lyrical in late 2013, and Olamide heard it sometime in 2014. Apparently, he loved it, and he said he wanted to meet me. When I met Olamide, he had a contract ready for me, and that was how my career kick-started. I was blessed enough to record a hit song within months, and my career has been growing ever since. I have always seen Olamide as a king, and I even respect him more now.

Despite the fame and fortune around him, Olamide is just like the guy next door. He is easy-going and down-to-earth. He is friendly with everyone and he could eat from the same plate with you without airs and graces.

On who introduced him to Olamide

Yes. Viktoh is a friend to Olamide’s younger brother, DJ Enimoney, and he had known Olamide for about five years before I came into the picture. We used to meet at some talent hunt competitions, and he was the one that played my song, Lyrical, to Olamide. He actually signed both of us on the same day.

On if Olamide worries about him taking the spotlight

No, there’s no competition between us. Olamide built the YBNL family in a way that we all love one another. Even if he is meant to release a song, and one of his artistes also wants to release a song, he would defer his to allow his artiste’s song to be put out. Besides, I won’t say I decided to do music like Olamide; it came naturally to me. We’re both from Bariga, and we have the same musical influences. YBNL has a sound of its own; it is not an Olamide sound, or a Lil Kesh sound.

On his label, YAGI

Olamide brought us up to know every single detail about the music business. There weren’t many protocols, and he made me know all the industry contacts needed for distribution, promotion, PR and basically all parts of the business. He didn’t treat me like an artiste, but as a brother. Anyway, my label, YAGI is directly under YBNL. Olamide still handles the business for me. I’m just responsible for myself financially, but anytime I want to drop a new single or video, Olamide knows about it. YBNL is still Lil Kesh’s management, and the idea of floating a new label was a joint decision.

If he still visits Bariga, the hood where he grew up

It’s called the hood for a reason, and I have to consider a lot of things before going. I’m like a king in Bariga, and a lot of people love me there. If I’m to go there, it has to be a grand entry with security in place because a lot of people would definitely troop out to the streets. Besides, my family does not stay there anymore. I have relocated them to a better neighborhood.

I have put that behind me as it isn’t relevant to my career. As far as I’m concerned, my award is living a good life. Awards don’t determine which artiste is the best. So far you are nominated for an award, you are a winner already.

On what he feels about his recent nomination of same award

It’s not just about me and how I feel about these things, it’s about my fans. They supported my music this year, and that’s why the album got nominated. I’m going to post about the award on social media, and appeal to my fans for support.

You can read the rest here.

Billionaire daughter, DJ Cuppy says she want a wedding – See what she posted!