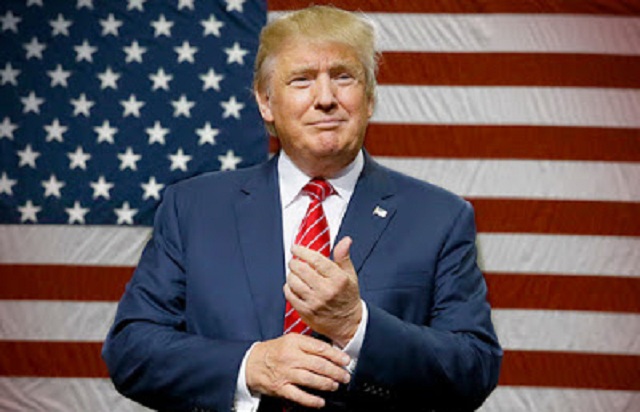 Celebrities urge electoral college to block Trump – Pressure on members of the US electoral college to select someone other than Donald Trump has grown dramatically making some to waver, but yielding little evidence Trump will fall short when electors convene in most state capitals Monday to cast their votes.

Actors like Martin Sheen (Charlie Sheen’s father), Debra Messing are joined by a host of other celebrities – including musician Moby – to ask Republican electors to not cast their vote for President-elect Donald Trump on 19 December.

The argument put forward in the Unite for America clip is simple – Mr Trump is not fit to be president of the United States, therefore members of the Electoral College should block his entry to the White House.
In a YouTube video Sheen said:

“Our founding fathers built the Electoral College to safeguard the American people from the dangers of a demagogue and to ensure that the presidency only goes to someone who is, to an eminent degree, endowed with the requisite qualifications”.

Carole Joyce of Arizona expected her role as a GOP elector to be pretty simple: She would meet the others in Phoenix and carry out a vote for Trump, who won the most votes in her state and whom she personally supported. But then came the mail and the emails and the phone calls — first hundreds, then thousands of voters worrying Trump’s impulsive nature would lead the country into another war.

“Honestly, it had an impact,” said Joyce, a 72-year-old Republican state committeewoman. “I’ve seen enough funerals. I’m tired of hearing bagpipes. . . But I signed a loyalty pledge. And that matters.”

There are 538 men and women who are scheduled to meet Monday across the country to carry out what has traditionally been a perfunctory vote after most every presidential election. The role of elector has intensified this year, in the wake of a bitter election in which Trump lost the popular vote by a margin of nearly 3 million.

Donald Trump won last month’s presidential election, the idea was that these elite “electors” would make up their own minds on who should be president, rather than having the American people actually vote on the matter. So this seems to many like a transparent attempt for the losing side to change the election result
To be clear: Considering who the electors pledged to Trump are, how many are pledged to him, what they’ve said publicly, and the existence of American norms that have been built up over hundreds of years, it is incredibly unlikely that there will be any Electoral College surprise.

Thirty-seven electors would need to defect from Trump’s camp to deprive him of the Electoral College majority he needs to become president. But only one of those 306 electors pledged to him has publicly said he’s revolting. A survey of electors by the Associated Press and a whip count by the RNC both failed to turn up any others who said they’d do so.


On Thursday, Joyce said she received so many letters that the letter carrier just gave her a U.S. Postal Service bucket filled to the brim. “I’m sorry this is happening to you,” Joyce recalled the letter carrier saying in a phone interview.

While some electors have complained of harassment, Joyce shrugged off the mail and placed it all on a sofa decorated with American flag pillows. “This is America,” she said, adding that most of the messages were thoughtful. “People have a right to say what they want.”

On Friday, she said, her emails became more positive. The messages were from Republicans, thanking her for taking Trump to the finish line of an arduous process. “How refreshing!” she said.

If you really want to know who you are, ask yourself these 26 questions now!