Top 13 hottest wives of the richest people in the world – #6 got me wishing, I am EMoney (With Photos) 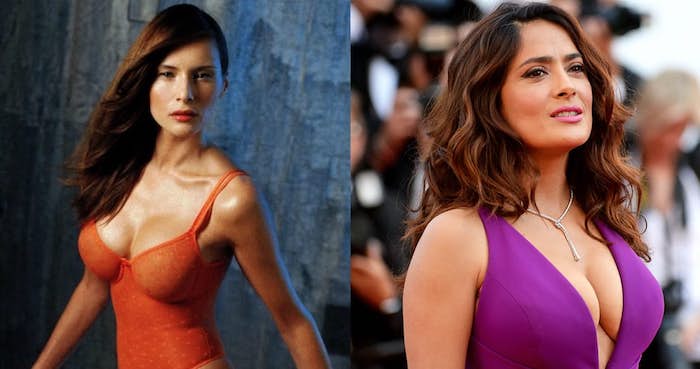 Hottest wives: Call them trophy wives, arm candy, or just a hot significant other, these wives and girlfriends of the rich are clearly one thing: hot. The criteria is pretty simple. The guy is loaded? Check. The girl is hot? Check. That’s really all there is to this formula. Here are some of the hottest WAGS of the rich. Some hotties just didn’t make the cut. Heather Ann Rosbeck, married to Bill Wrigley Jr. just misses the list. Before being the wife of the man expected to inherit the fortunes of the chewing gum empire, she was also an actress, appearing in There’s Something About Mary as well as The Contender.

“I’m the boss lady, my own money no dey…

It’s not the movies that get her an honorable mention, it’s who she married. Another who just misses the list is Flavia Sampaio, girlfriend of Eike Batista who just happens to be the richest man in Brazil. She is a lawyer who practices environmental law as well as tax law. She also runs a group that helps kids. Look at that, beautiful arm candy and a good person, good for her and him.

When a guy has been married four times you have to wonder, but when that guy is Oracle founder Larry Ellison and is worth an estimated 50 billion dollars you, like Nikita Kahn, probably give him the benefit of the doubt. Kahn is not only a trophy girlfriend, she is also an actress that has starred alongside Bruce Willis in Catch 44. Along with Ellison, she is a big promoter of raising awareness related to ecology and has raised hundreds of thousands of dollars for the California Wildlife Center.

I like to imagine that when this couple has an argument she throws “well I’m guessing that doesn’t happen at SAP” at him. I mean, there is really no comeback for that. When the driver is late to the airport and they pass a banner that says “4 out of 5 companies use SAP” and she just looks up and makes a condescending grunt, that’s got to hurt. Sorry for digressing, my imagination is pretty weird.

How to know someone can’t be trusted – If you notice #6, run away!