Another Diezani mansion worth $37.5million uncovered in Banana Island 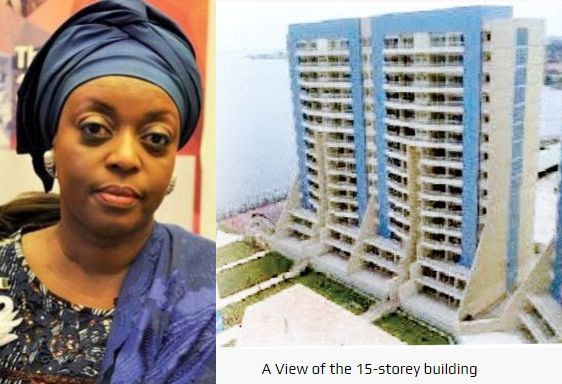 The Economic and Financial Crimes Commission is linking another $37.5m property to the former Minister of Petroleum Resources, Mrs. Diezani Alison-Madueke.

The exquisite 15-storey building which is located on the highbrow Banana Island in Lagos is the latest on the list of choice properties said to have been acquired by the ex-minister with alleged stolen public funds.

It is a massive 18 flat edifice.

A reliable EFCC source told The Nation that the ownership of the building was discovered this week in the course of the investigation of the former minister.

“The property was acquired by the former minister between 2011 and 2012 at a total cost of $37,500,000USD from the developers, YF Construction Development and Real Estate.

“It was acquired in the name of a Shell company, Rusimpex Limited under the control of a certain Mr. Afamefuna Nwokedi in Lagos. The investigation continues.”

The EFCC source said the agency might seize the property.His words: “We will do this after the completion of investigation and obtaining of all title documents.”

Properties which EFCC records show as belonging to Mrs.Alison-Madueke are: