How Aisha Buhari’s aide, Dr. Hajio Sani has made a lot of people hate the first lady 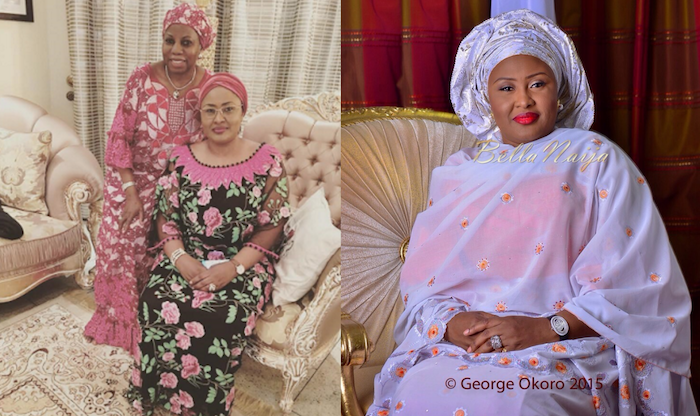 Dr. Hajio Sani, Senior Special Assistant on Administration to the wife of the President, Hajia Aisha Buhari and a former Minister for Women Affairs and Social Development under late General Sani Abacha has being accused of being “proud and power drunk”. Below is the report by THISDAY:

“It is doubtful if Sani is respected by her staff as well as many others who have business to do within the corridors of power in Abuja.

Reason: hers is a total negation of a popular quote by a Hong Kong and American actor and martial artist, Lee Jun-fan, aka Bruce Lee: “Knowledge will give you power, character respect.’’

In other words, being educated has conferred on Hajia some degree of power, but people around her complain that her character leaves a sour taste. Indeed, a number of people who described her appointment as a welcome development are said to be despising her nowadays, as a result of her overbearing attitude.

Spyglass gathered that while the wife of the President is struggling to carve a respectable image for herself and also support her husband to deliver on his campaign promises, Sani seems to have a different agenda.
Presently, some top staff and friends to the president’s wife are said to be displeased with her imperious style.
THISDAY revealed that Sani, who is described as “power drunk”, had brought in her sister, Zainab Maina, with whom she shares “juicy portfolios.”

“As soon as she found her way into the Presidency, she manipulated the wife of the President.  Many of Aisha Buhari’s friends who stood by her and her husband during the campaign have left, as the SSA wouldn’t allow them to reach her.

“In fact, she is power drunk. She acts as if she is the wife of the President. She determines who sees Hajia Aisha Buhari and who doesn’t. She has succeeded in turning some of Hajia’s friends, including Mary Etta and  her best friend of 20 years, Dr. Maralia Zian, to her enemies,’’ THISDAY source said.

‘I am not a thief’ – James Ibori says