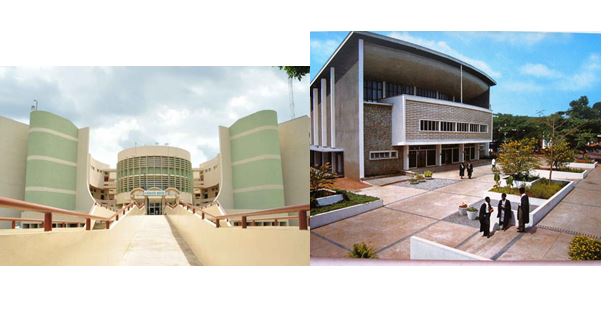 Nigerian Universities with the most beautiful campuses: Compiling a list of the top 10 most beautiful campuses in Nigeria was never going to be an easy task considering the vast array of universities in the country, albeit we came up with a list anyways. Whether you agree with me on this or not will now be a question of how many people are on my side on this. That notwithstanding, that a University looks ancient in terms of the building inherent shouldn’t disqualify it from making this list, what should matter is if the architectural designs and structure of the buildings have remained intact over the years.

There are over 90 universities in Nigeria consisting of Federal, State and Private institutions; You may want to call it a fair number considering the population of the country.

As a result of the oil boom years of the 1970s, tertiary level of education was expanded to reach every sub-region of Nigeria. The federal government and the state governments were previously the only bodies licensed to operate universities. Recently, licenses have been granted to individuals, corporate bodies and religious bodies to establish private universities in the country. At least there is one university in every state of the federation.

U.I is Nigeria’s premier university  and virtually the oldest University in Nigeria. It originated from Yaba College founded in 1932 in Yaba, Lagos as the first tertiary educational institute in Nigeria. Yaba College was transferred to Ibadan, becoming the University College of Ibadan, in 1948. The university was founded on its own site on 17 November 1948.  Though characterized by obsolete structures, the University campus is still a site to behold and has never stopped being one of the most beautiful and breathtaking campuses in Nigeria.

In as much that U.I might not have deserved topmost position on our list, it would be a sin not to have it on our top 10 list of most beautiful campuses in Nigeria.