#BBNaija Video: This is what Efe did last night that made him “score” Marvis in bed 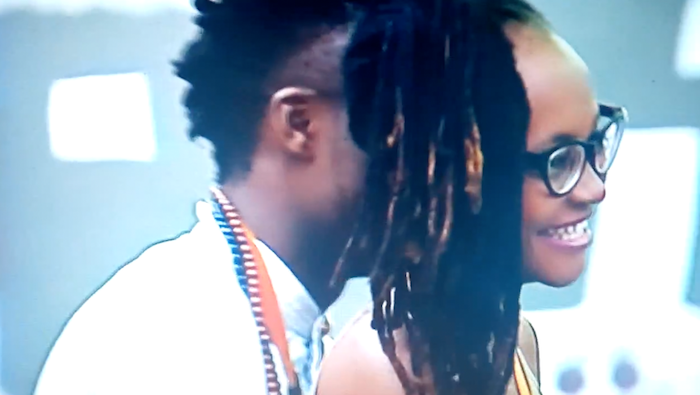 Efe and Marvis in bed: Our boy Efe, who has won the hearts of many outside the walls of #BBNaija house because of his simplicity, modesty, friendliness, loyalty and above all, “realness”, has also won the heart of Marvis. And indeed, that heart is worth the winning! Like I always say, the star prize belongs to one person, whilst others can win other packages, and “LOVE and LUST” is definitely amongst the package one or two housemates will most likely be gifted on a platter of gold.

The “based on Logistics” crooner, was last night in the spirit of love and love sharing and he did that ever so well with Marvis, who he has had an eye for, for so long a time. The wedding task was just the platform he needed to cement his love for Marvis and he didn’t hold back in making sure that she, the housemates and the world watching, know how much he cares about Marvis.

During the ceremony, he scored big time and you could see from Marvis’ face that, it touched her so deeply, the words, the rhymes and the way he gesticulated certainly made her feel so special and later that night, they both ended up in bed….