So Sad!!! How this helpless petty trader committee suicide in Anambra 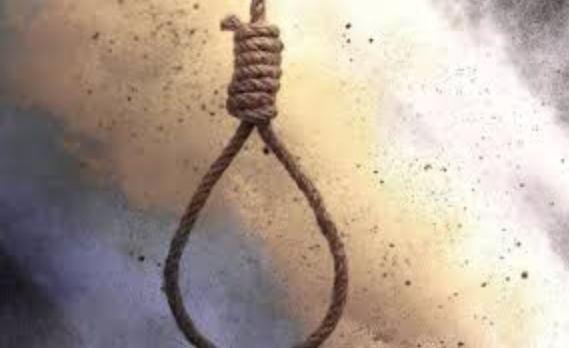 Petty trader committee suicide: A 38-year-old petty trader, Mrs Lovina Odo, has committed suicide by hanging herself with rope tied to a ceiling fan at No. 1, Ukpaka lane, Umusiome village, Nkpor-agu near Onitsha in Anambra.

Mr Okechukwu Odo, the husband of the deceased, said he and Lovina had been married for over eight years without a child.

Odo, a car washer, said he returned home from work at about 6:30 p.m. and met sympathisers around his one-room apartment.

Journalist who shared the video of South Sudan’s…

DJ Twitch dead at 40 by suicide

“I left home for work that morning after taking my breakfast; she had asked that I buy a tuber of yam for dinner when I return.

“When I returned, I saw people gathered around my apartment only to be told that my wife had committed suicide,” he said.

Odo stressed that he and the deceased had no misunderstanding that could have led her to commit suicide.

The Divisional Police Officer of Ogidi, CSP Hassan Musa, confirmed the story, and said that the corpse of Lovina had been removed and deposited at the Mortuary of Iyienu Mission Hospital.

“No suicide note was seen around her but preliminary investigation reveals that she might have committed suicide because she had no child,” Musa said.

Nigerian lady dumps fiance after helping her travel to US