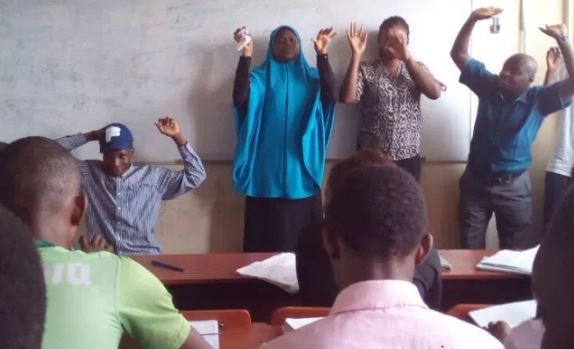 Unilag lecturer who made students kneel: A University of Lagos lecturer, whose name was given as Mr Ogunkunle, has been called out by his students for reportedly asking students who couldn’t spell a certain word to kneel down, and raise their hands.

According to Zeekyboy, the lecturer who rarely comes to class, allegedly spends most of his time threatening and sending students out of a class they’re supposed to be in.

The incident reportedly happened during Geography class in the Faculty of Arts. Here’s what he wrote:

“It’s not as if this is the norm in Unilag. But this particular lecturer has been terrorizing us.

We have other lecturers who behave well, but this particular man is just something else. I mean why will you tell adults like this to kneel and raise up hands, just because they were not able to spell a particular word.

This lecturer rarely comes to class. When he comes he spends most time sending students out and threatening them. He is just a disgrace to this wonderful university. We have very brilliant, decent lectures who respects us for who we are.

We are please begging the university to help caution lecturers like this so that our great Unilag won’t be a laughing stock amongst other universities.” 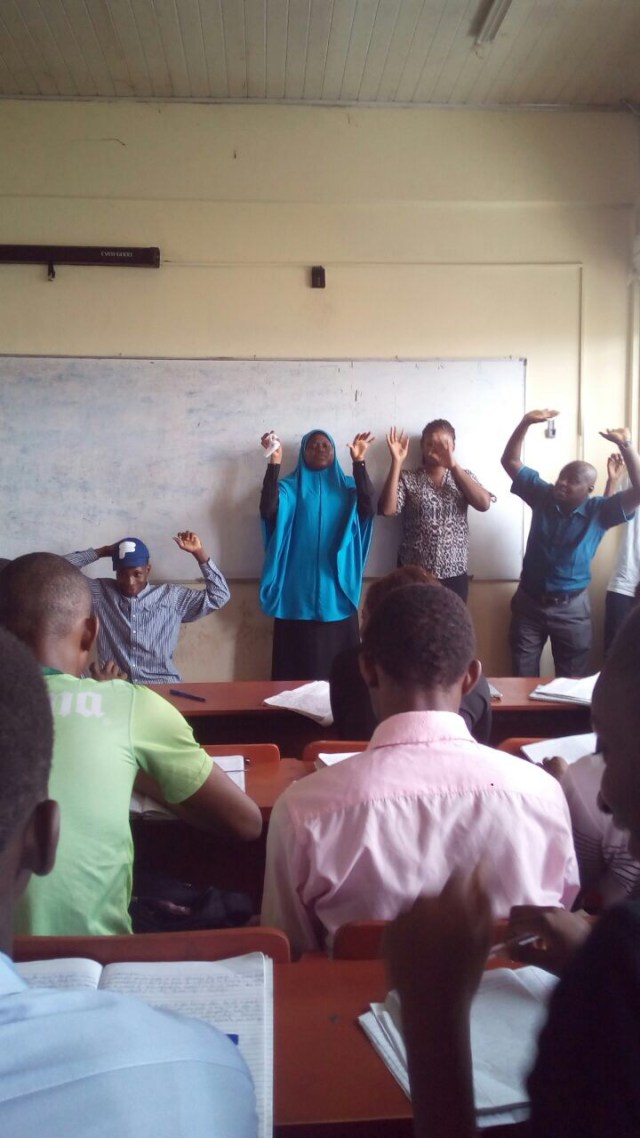