JJC Skillz speaks about how he met Funke Akindele, his music career, Toyo baby and more 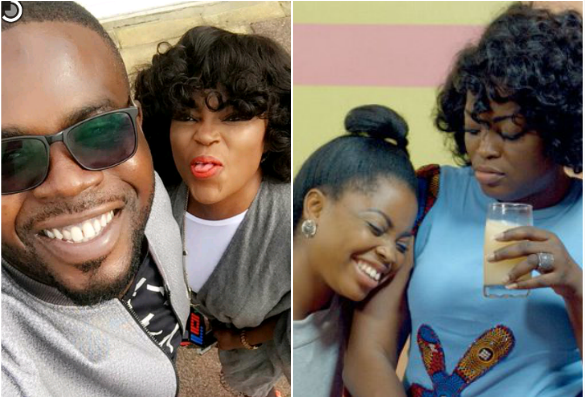 In an interview with Nigerian Tribune‘s Newton-Ray Ukwuoma, rapper and video director Abdul Rasheed Bello popularly known as JJC Skillz and husband of award-winning actress Funke Akindele Bello disclosed how he met his wife, his career, and family life. He also disclosed that his music is on hold as he is focusing on his movie directing career with two major productions Jenifa’s Diary and Industreet. When asked if he had taken a break from music, he said: “Yes. My music is on hold, because I needed to focus on this great opportunity that came to my doorsteps.

Jenifa’s Diary is a big project, you can see we have been winning awards here and there. We as a family, have our hands full already in different productions.” He disclosed that he had certificates in TV and video production, and had worked in that industry for 2 years. “I actually studied TV and Video Production in school. After my studies, I went on to take on MVQ course; which is like a work training course. I had 9 straight A’s during the course from script writing, directing, all. I did it so passionately, I came out with distinctions.

Because of my grade, I was able to get a job with an amazing advertisement company. I was their assistant editor and worked there for 2 years. So, I had a background in entertainment, directing, editing, it’s what I studied and it’s now my profession. But I left all that for music,” JJC Skillz said.

What are the challenges of film production, directing?

It hasn’t been easy, but God has been there for us.All I can say is he who findeth a wife, findeth a good thing and obtained favour from the Lord. Most times, as a single man you carry almost all your burdens alone. You’d have to worry about what you eat, and my cooking skillz it’s not really that fantastic. But when I found my wife, I knew I had found my better-half. Now, when I think about things, I share it all with my wife. We wake up from same bed in morning and head to our field, because we are both in entertainment. She’s the actress, script writer. I’m the director, editor. She’s very hard working. I don’t know anyone like us in this industry. She works day and night. We wake up every single day, with the mind set of making ourselves happy. So, challenges are nothing to me anymore.

Bobrisky reveals he is a top class prostitute and more (photos)