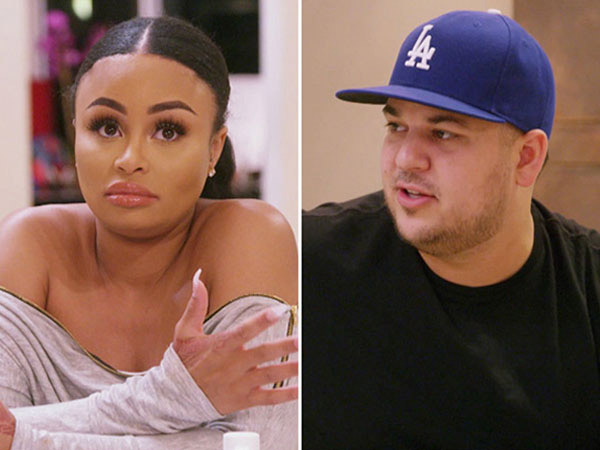 Rob Kardashian is currently hurling allegations at Blac Chyna. The reality stars, who share 7-month-old daughter Dream Kardashian, started a social media war on Wednesday after Kardashian claimed Chyna sent a video of herself kissing another man to him.

“Hahahaha Chyna just sent me this video saying happy 4th of July what a crazy person. Come spend time with your daughter instead of f–king me and then this dude right after. U need help,” he captioned a video posted on Instagram. Kardashian continued posting photos to his Instagram account, including alleged texts from someone he claims Chyna has been seeing.

“This is the dude Chyna got caught cheating on me with for a minute now. And look he texted me asking for help and said he needed money cuz he can’t afford to pay Chyna’s bill so that’s why I pay her bills. More receipts are coming. Just yesterday Chyna sent me her p—y and everything and said she gonna come f–k me … wait for it. Never once have I cheated on Chyna and I remained loyal to her even after all the cheating she been doing and the multiple men she been f–king including me …”

“I never been so disrespected in my life. I just bought her 250K of jewelry yesterday,” Kardashian wrote on social media. “This woman is so disrespectful and I don’t care.”

In addition to claims that men linked to Chyna have been contacting him for money or plans to make money, Rob also alleged that he’s been paying for Chyna’s rent and cars as well as jewelry and other gifts. Kardashian also claimed that Chyna has been using drugs and alcohol and that he payed for cosmetic surgery for Chyna after she gave birth to their daughter. 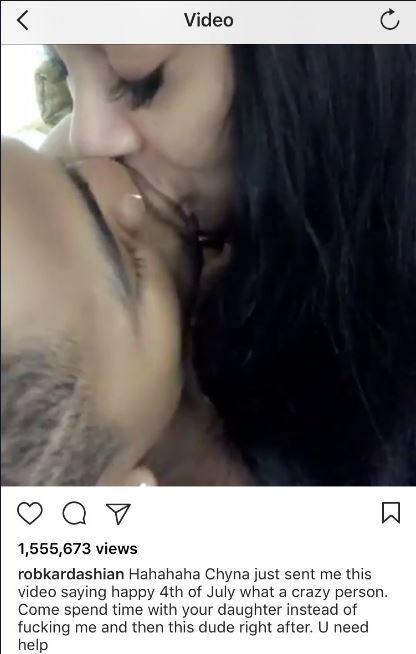 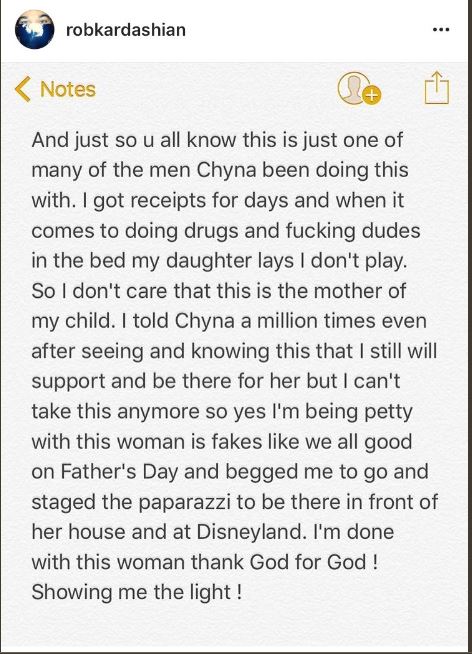 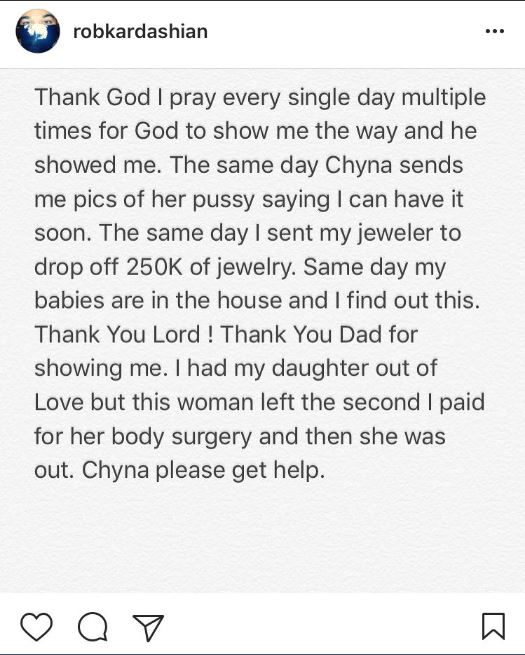 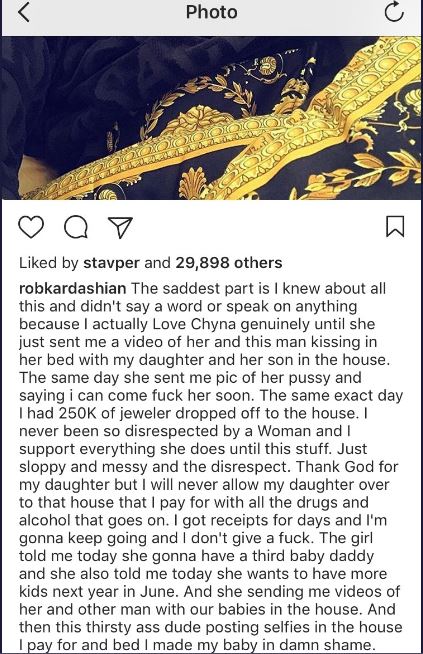 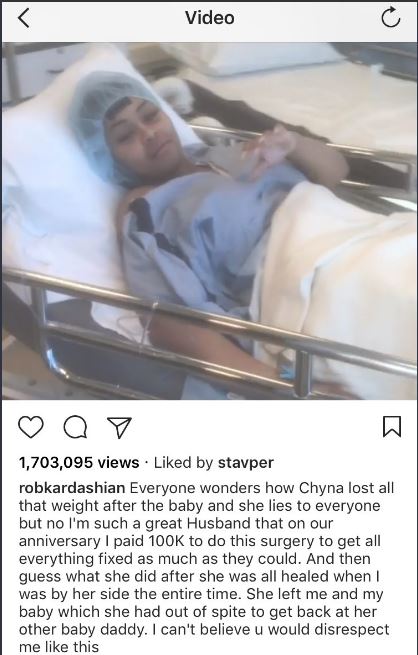 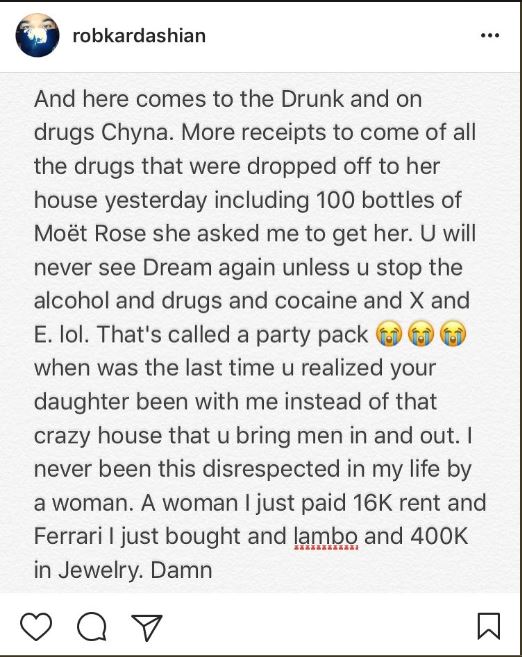 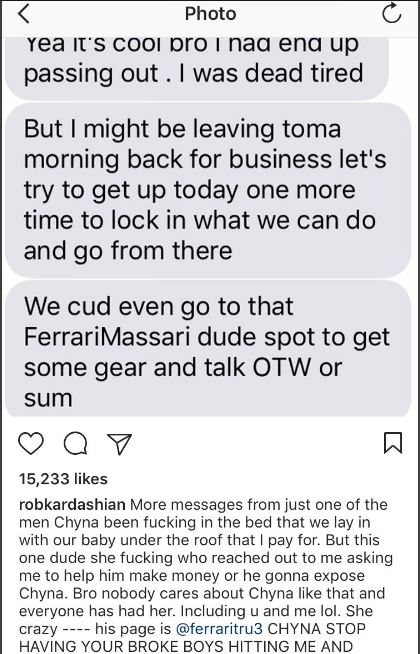 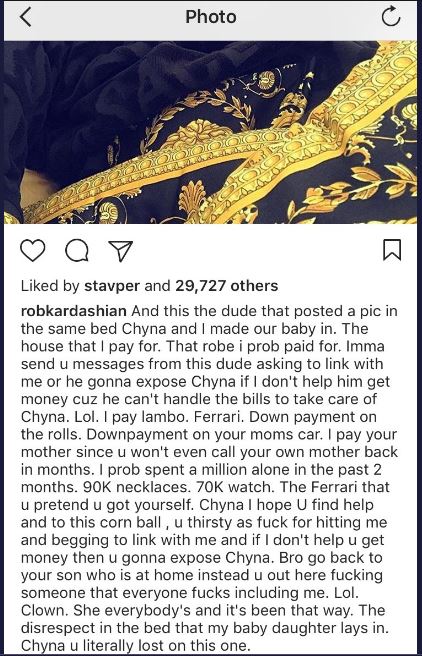 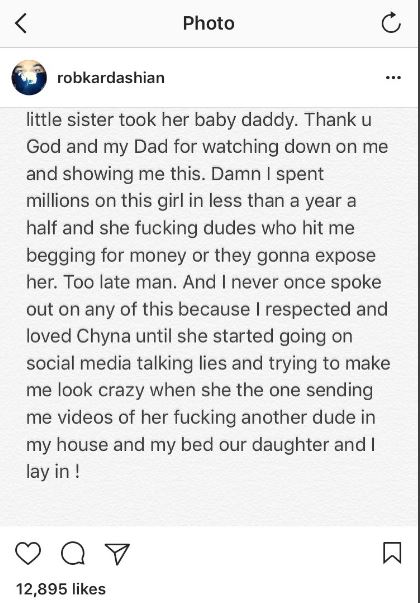 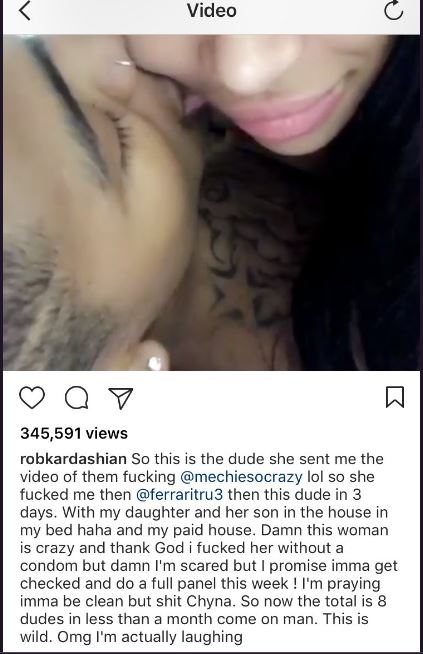 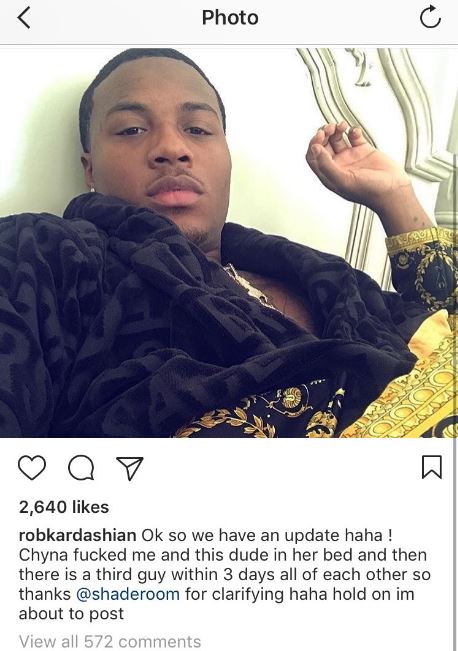 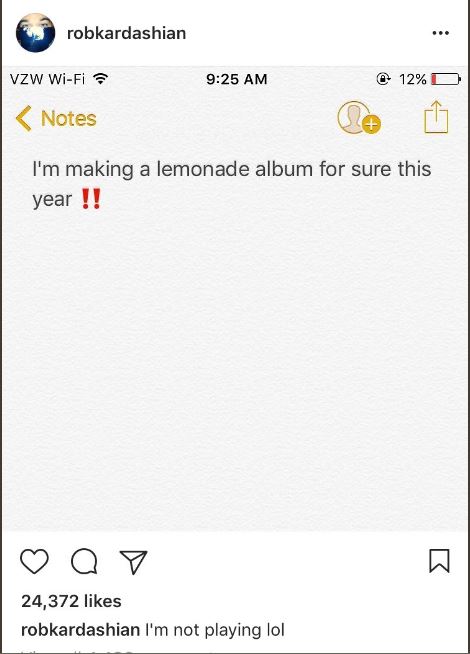 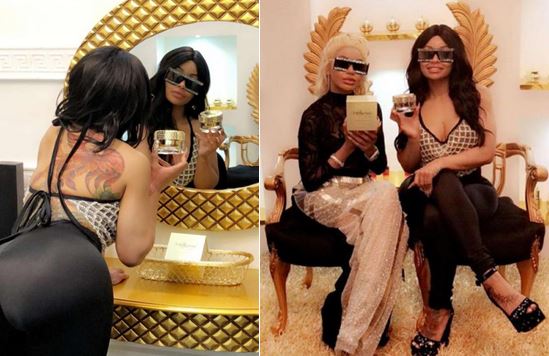 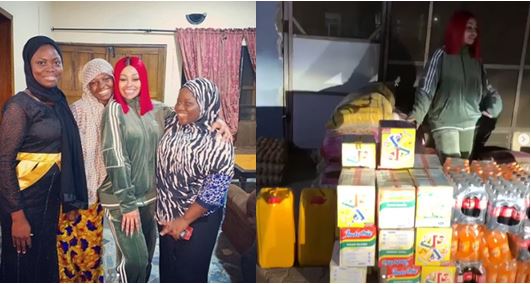 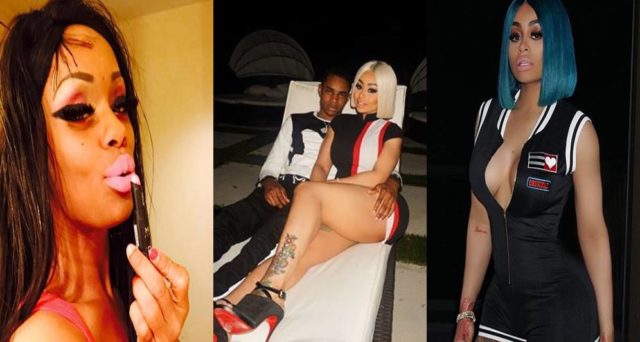 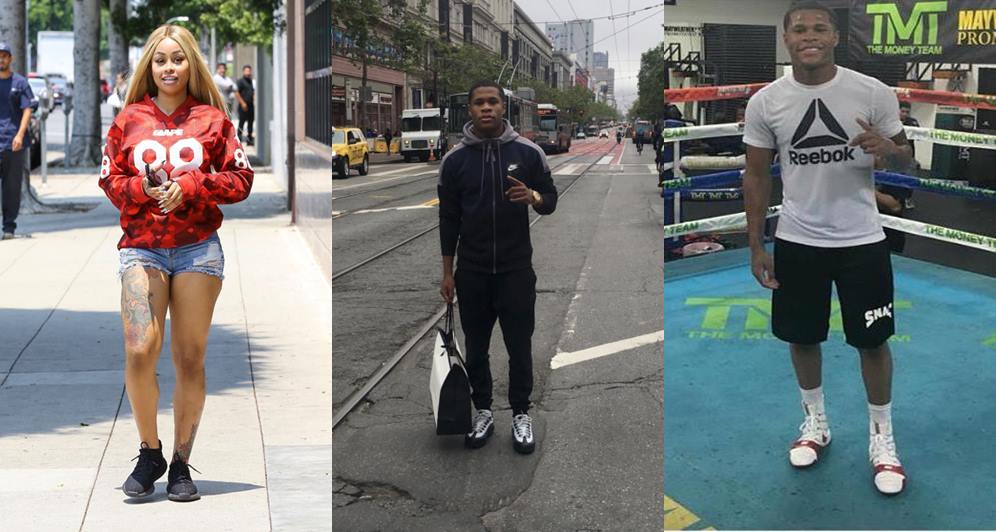 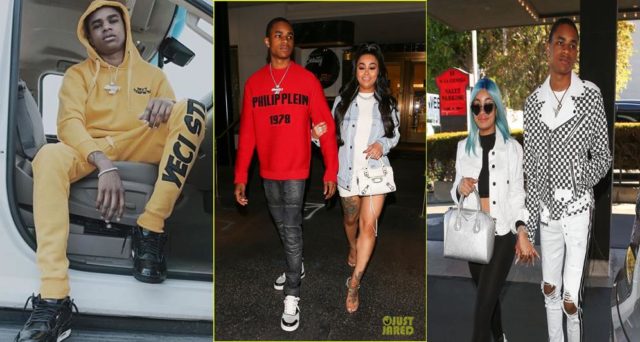