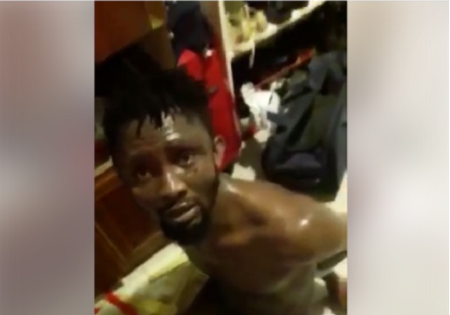 A Nigerian man has been given the disgrace of his life after he was caught during a robbery operation in Negeri Sembilan area of Malaysia. He is said to have invaded the house and tried to rob it before luck ran out on him. The angry men who caught him revealed that he specializes in stealing money, phones and other valuables from people’s homes. The angry men tied him up before beating him mercilessly. His clothes were removed as the house occupants shamed him.