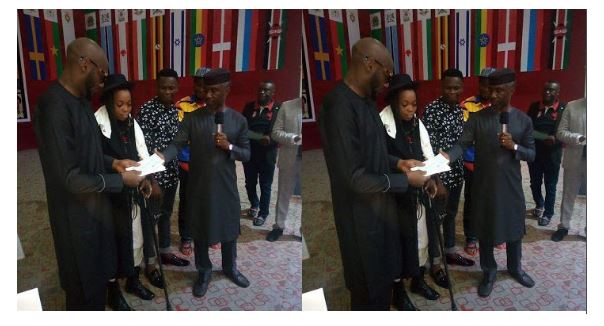 Tuface idibia signed production deal: Music legend and multi-award winning act 2Baba has signed a production deal with the IMO State Government to mentor and produce a song for upcoming act and talent, singer and rapper Cynthia Anyiam aka Lady G. Cynthia Anyiam aka Lady G won a talent show in the state recently and was among the performing artistes at the IMO Artiste Conference held in April 2017 that was endorsed by Governor Owelle Rochas Okorocha.

After being thrilled by her performance Governor Okorocha requested that 2Baba who was in attendance as a speaker at the event should produce and mentor the singer on a one-track project.

2Baba has officially agreed to the deal and with the help of premiere music management company Now Muzik, he will coordinate the release of the project.