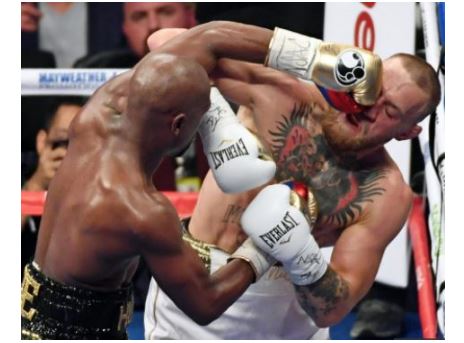 Conor McGregor has suffered a mild traumatic brain injury: Following the recent boxing match between Floyd Mayweather and Conor McGregor, Hall-of-Fame referee Robert Byrd came under fire for what appeared to be a premature stoppage, likely because a wobbly McGregor, despite taking heavy damage, was still on his feet when the bout was called.

However, according to former ringside physician Darragh O’Carroll he praised the referee for putting the brain before the brawn,

‘Byrd’s calculation to call a stoppage was likely not based on signs of fatigue, but rather signs of traumatic brain injury. Ataxia, or dizziness and loss of balance, is one of the hallmarks of concussion, a type of mild traumatic brain injury. Fatigue may cause sluggish and slow movements, but does not cause the imbalance and poor coordination exhibited by McGregor in the 10th round. Being wobbly, in the setting of pugilistic trauma, will always be treated as the result of head trauma and not as fatigue. To let a fighter continue on would be grossly negligent’.