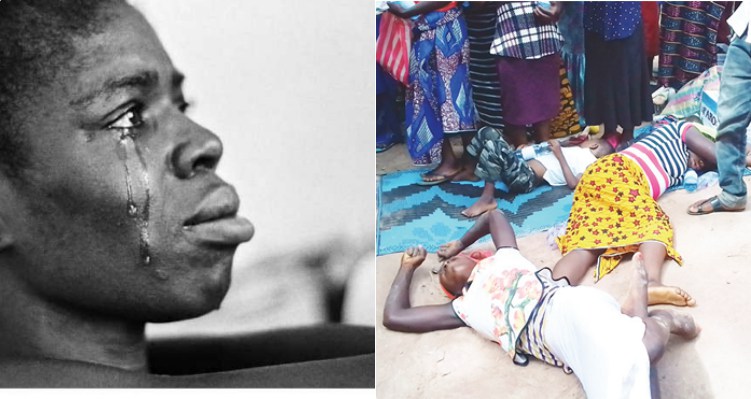 A 25-year-old woman, Mrs. Martha Korchioga of Ukum Local Government Area of Benue State has confessed that she has married 18 husbands within the last six years. Mrs. Korchioga who made the confession during a healing mass and monthly prayer at the Solution Center, St. Luke’s African Church at Gyenwase in Ukum Local Government area told the congregation that each man that sees her would request for her hand in marriage but the marriage would not last long.

“Once a man sees me, he will ask for my hand in marriage and sometimes two or three months into the marriage the love will vanish and the husband will send me packing” “Within six years, I got married to 18 husbands and none was able to accommodate me up to four months. In fact, some of them hated me to the level of beating me to comma and some attempted to kill me,” Martha revealed in tears.
READ ALSO

Woman, 62, says she constantly has to remind men that…

The pastor in charge of the church, Prophet Memnen Ukum, before delivering the woman, revealed to her that the red powder she stole from her aunt in Lagos was responsible for the problem. Prophet Memnen told her that for her problem to be solved, she must return it to the owner or to him (prophet) for destruction. The prophet’s revelation astonished the entire congregation, as the woman, who wanted to deny later confessed to stealing a powder from the said aunt of hers albeit ignorantly.

“When I returned home with the powder, my aunt followed me to my village to collect it but I denied and she had to go back, but unfortunately, she had an accident on her way and died, “she said.

Telegraph observed that during the testimony, many worshipers also testified to the heeling and solutions they got from the man of God after visiting the Solution Center.

“I’ll be in the senate for life” — Three-time governor of Yobe state, Senator Ibrahim declares