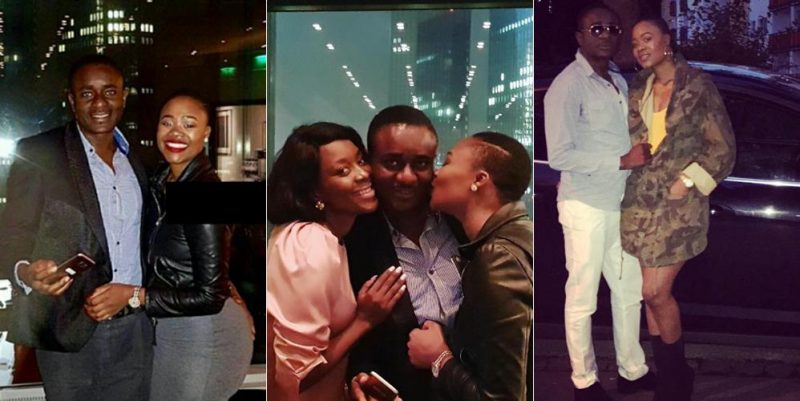 “She’s my friend, that’s all I can say. I’m matured enough to have a friend. The important thing now is that am happy, and yes she’s my friend. Emeka Ike’s case is always on fired. Can’t I live in peace? He laughed.”

When asked if he has gotten over his ex, he said;

she got a divorce illegally to marry another man, after she told her son, she’s going to get married and have kids from another man. I believe she’s married now though . That’s not my problem, I have begged her severally to come back and she refused. I haven’t divorced her though, but we are no more together”, he told Diamond Celebrities.

Well, we don’t need Lai Mohammed to officially tell us that they are together and deeply into each other. From what Diamond Celebrities gathered, the lady is a model, from South Africa and based in Germany. See more of their photos below:

‘I love you my wife’, Emeka Ike says as he shows off his wife and daughter

The 10 most controversial Nigerian celebrities of 2016 – See who’s number 1! (With Pictures)