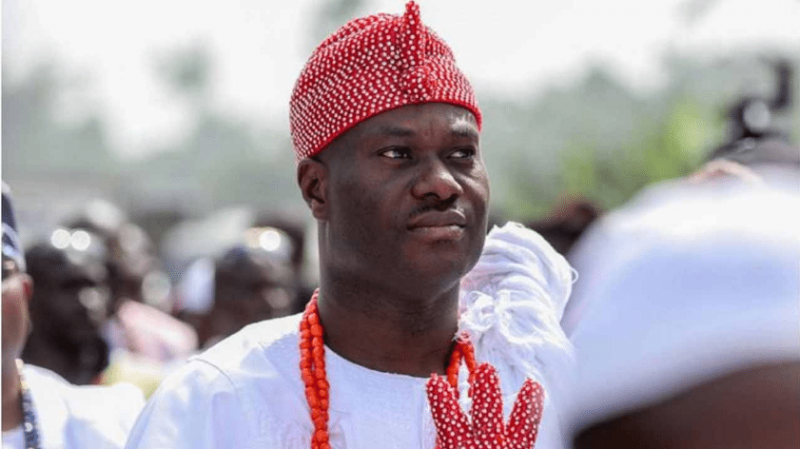 Adeyeye Ogunwusi, the Ooni of Ife, has opted to refer to the Biafra group led by Nnamdi Kanu as the Indigenous People of Brighter Nigeria (IPOBN) in a bid to emphasize the legitimacy of their struggle but still call for a united Nation. He said this on Friday when he paid a courtesy visit to Okezie Ikpeazu, governor of Abia state.The monarch expressed disapproval with the proscription of the activities of the Indigenous People of Biafra (IPOB), saying members of the group should not be regarded as terrorists.

Ogunwusi said the youth, who were involved in the agitation were justified in asking for justice and equity. The king visited the state to celebrate the new yam festival with Eberechi Dick, chairman of the south-east council of traditional rulers.

He said their energy could be tapped and channeled to build a better Nigeria. Ogunwusi called for proper re-orientation in order to make young people drop negative tendencies. Backing the position of Ohanaeze Ndigbo on restructuring, Ogunwusi said the Yoruba share the same view on the way forward for a better and all-inclusive Nigeria.

We must chart the course of doing things with positive energy. I want to let you know that you are not alone in this,

Ikpeazu said he was honoured to host the revered traditional ruler. He praised the ooni for being in tune with national issues and making positive contributions for national rebirth. He said he is a firm believer that this country is strong today because of its diversity. He insists the problem confronting Nigeria remains the inability to harness the potentials and weld together the diversities to create a strong, united country