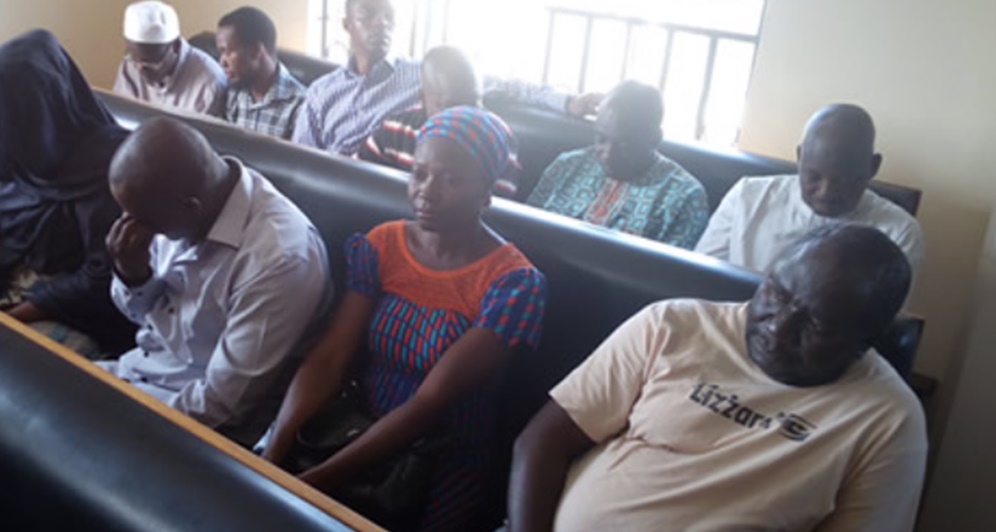 A couple, Mr. Olaolu Dada and Mrs. Florence Dada, one Blessing Ejeh and six civil servants have been arraigned by the Economic and Financial Crimes Commission for allegedly receiving over N300m in salaries from the Federal Government through the notorious ghost worker syndrome. The civil servants – Osuntope Opeyemi, Aderibigbe Taiwo, Usman Dayo, Johnson Adedokun, Oyebade Ayodeji and Ojeifo Sylvanus — are Federal Government employees in the Ministry of Agriculture, the Ministry of Water Resources and the Office of the Accountant-General of the Federation.

The EFCC told Justice Peter Kekemeke that the civil servants allegedly diverted millions of naira by creating fictitious names and accounts in the federal payroll system between 2009 and 2016. It was alleged that Mr. and Mrs. Dada and Ejeh submitted their account details to the civil servants who in turn added them to the government’s payroll through which over N11m was siphoned.
READ ALSO

Couple who married recently, found dead inside their toilet…

It was learnt that the bubble burst when the Presidential Initiative on Continuous Auditing discovered that one of the civil servants allegedly operated 200 fictitious accounts with one Bank Verification Number.

About 50 houses were also traced to another civil servant when the case was referred to the EFCC. The accused persons all pleaded not guilty when the charges were read to them. The counsel for Mr. and Mrs. Dada, Darlington Ozurumba, told the court that his clients had applied for plea bargain with the prosecution which would include the return of some funds. The prosecution counsel, Mukhtar Mohammed, asked the court to remand the suspects in prison custody pending the commencement of trial.

Justice Kekemeke granted the prayers of the EFCC and adjourned the case till November 8 to hear their bail applications. The judge ordered that they remain in prison custody.

When People Gather To Steal And Loot The Treasury, They Don’t Ask Where They Come From Or What Religion They Practice- Vice President Yemi Osinbajo