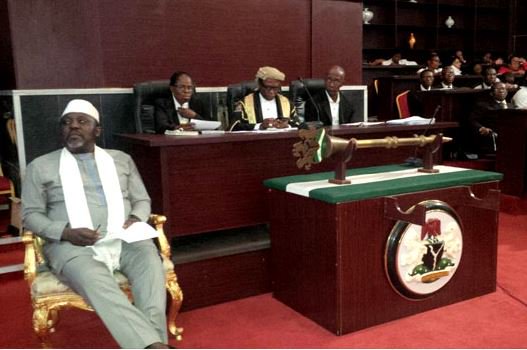 Yesterday, the Imo State Governor Rochas Okorocha presented the sum of N190billion budget proposal for the 2018 fiscal year. The governor presented the appropriation bill at the hallowed chambers of the Imo State House of Assembly on Wednesday in Owerri, the state capital. He said in the proposal, titled ‘Budget of Consolidation and Continuity III’, capital expenditure stands at N132billion representing 69.7% while recurrent expenditure stands at N57billion representing 30.3% of the total budget.

Governor Okorocha informed the lawmakers that the budget is higher than that of 2017 with about N59billion. According to him, the 2018 budget will provide a realistic platform for the attainment of his administration’s development goals.

He added that it would also give hope and practical support to the youths who are key to the state’s prosperous future. The governor further appealed to the State House of Assembly to expedite action for quick passage of the budget.