A lady rejected a marriage proposal because of this: …. 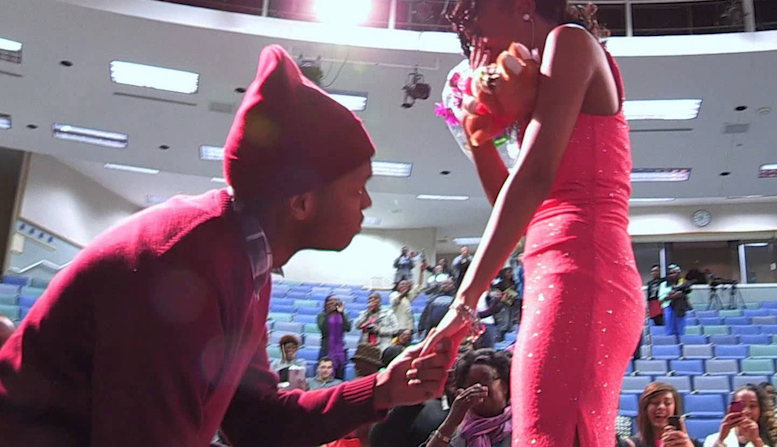 My friend just shared his story with me. I have advised him but I need your thoughts.
He met a lady around March this year and they became friends. He is an Accountant and works with a Federal Government Agency in Abuja. Along the line he asked her out and she insisted he finishes his ICAN before they can start dating. Long story short, she later accepted to date him. Probably because he passed all but one of the exams in the Professional stage of ICAN. He recently invested some huge sum of money into a biz deal.

Doctor shares message from ex-suitor mocking her for being…

Man surprises girlfriend with marriage proposal after she…

He told me it was actually all of his savings and he would become a multi millionaire if the deal works out.

He decided to test this lady to find out if she will stick with him if the going ever gets tough (as a result of our insistence that the lady isn’t really into him). And so he told her that the deal he was working on had failed and that he has become broke. He said he will like to marry her and try to sustain themselves on his current salary of about 180k pending when things become better but she replied that she can’t marry someone who is earning 180k monthly. She feels it would make her drop from her standard of living as she wants to live inside the city of Abuja and not in the outskirts like Karu or Kubwa. Mind you, her parents live in one of these places and the guy is not even thinking of living in anywhere beyond these places like Nyanya/Mararaba.

This guy loves this girl so bad and is a very hardworking guy. He is hoping to get promoted when he completes his ICAN and is even looking at getting a better job in a bigger Government Agency or a Multinational company. He is so distraught at what the lady said. We have advised him to forget about her and move on, but he is considering opening up to the lady that what he said about the deal was just a test in the hope to make her re-consider him.

Please, were we wrong with our advice? Meanwhile, this guy’s ex loves him like there is no tomorrow and she will gladly marry him even if he was earning 30k monthly but due to family pressure on him to marry a graduate and an Igbo lady, he broke up with her. Me thinks he can still persuade his parents to accept the lady.

If you were in our shoes, will you advice your friend differently?

Thanks for your comments. The lady earns around 180k but she mentioned that she spends around 300k when going shopping and she is scared she would no longer be able to do that if she marries him as she would have to contribute almost all her salary to maintaining the family.

Disclaimer: The couple in this picture is no way linked to this story.

“As long as it costs you money to sleep with a woman, she’s a prostitute” – Reno Omokri