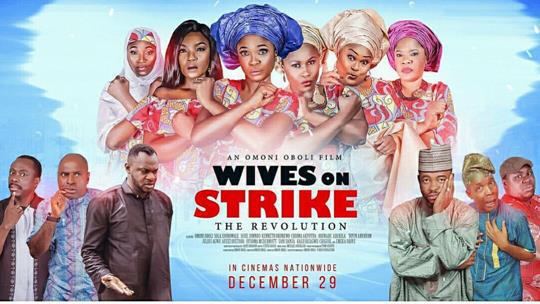 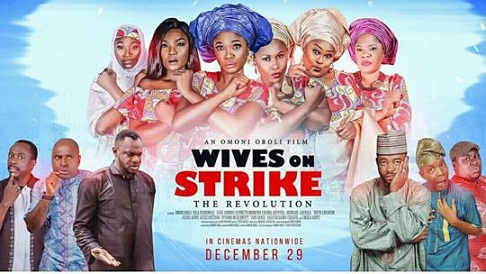 Nollywood actress, Omoni Oboli is crowning the year with a bang with her second installment of one of Nollywood’s highest grossing movie, Wives on Strike. The movie titled ‘Wives on Strike: The Revolution’ is now showing across cinemas Nationwide.

Wives on Strike: The Revolution is a family movie which follows the chronicles of the women’s fight against domestic violence, after one of them was beaten to death by her husband. This leads to yet another strike by the women against their husbands, forcing their hands to stand up for what is right.

5 Funny types of people you will always meet in Nigerian…

Speaking with the writer, producer and director of the movie, Omoni Oboli, she said; “I am excited about this movie in such a way that I can’t wait to start getting feedbacks. This is a movie that addresses a very sensitive issue in a way that everyone can relate to. This is very dear to my heart; I hope everyone enjoys it as much as I did making it.”

‘Wives on Strike: The Revolution’ is now showing in every cinemas across the Nation and also at Silverbird Cinemas, Liberia for lovers of Nollywood in the Country.

See trailer, showing times and testimonies from celebrities below:

UNBELIEVABLE! You wouldn’t believe the amount Buhari, Osinbajo spent on foreign trips in 2017