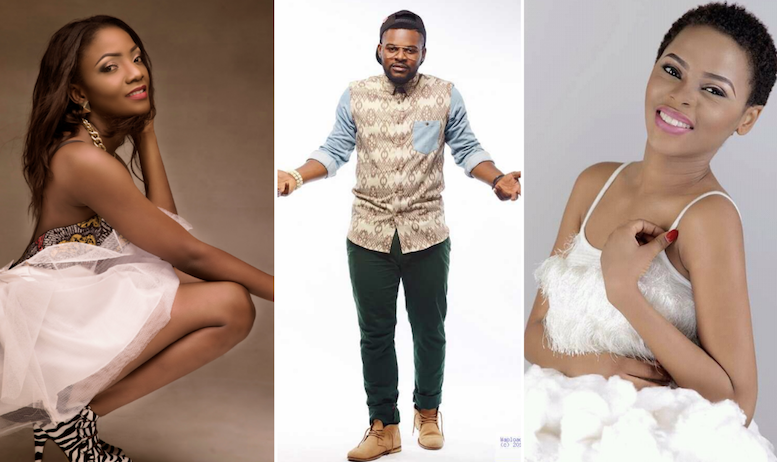 Nigerian rapper Falz has always been linked romantically with singer, Simi but in his latest interview he revealed that he was under pressure to unveil his girlfriend and propose to her at his upcoming show. Speaking with Saturday beats, he explained that although he had chemistry with the songstress, it was within the limits of their music and nothing more. The Something Light singer told Saturday Beats that he was thinking about settling down.

My girlfriend would be at my show, The Falz Experience, and I might unveil her identity to the world. It is possible for me to propose to her on that day because a lot of people are putting me under pressure. Very recently, Banky W got married, everyone is getting married.

My girlfriend is in the entertainment industry but I don’t want to spill the beans. You would find out on that day. Apparently, it is not Simi because everybody knows that she is not my girlfriend. It is public knowledge that we only have good music chemistry.”

Known to have a good sense of humour, Falz told Saturday Beats that there was nothing funny about what happened to him in November 2013. He said that he almost lost his life to a robbery operation and a car accident.

There have been a lot of experiences that have made me think twice and question whether I want to keep going. On November 2013, I was involved in a very terrible car accident. It was a near-death experience. I was with two people from my team and we were involved in a robbery and ghastly car accident at the same time.

We were on the highway when they shot at the car and the driver was killed while we were still in motion, the car crashed and I sustained some injury which I still have till date. I know that GOD kept me alive for a reason.

When everything was happening, I thought it was the end of my life. Just imagine this scenario, you are inside a car and the driver has been shot at but his foot is still on the accelerator and the car is still moving. It was terrible and I thought that was the end. As the car was crashing, what I just did was to cover my face and brace for impact so that if I was going to die, I would die a fine boy.

The robbers came back to the car after the crash asking for money.

I told them there was no money with us so they began to search the car. They brought out all the bags looking for money but no one carries cash around anymore. As of that time, they did not recognise me. So, I knew I was not a target.

“Lil Kesh and Adekunle Gold are still my brothers” – Olamide