Two Ghanaian evangelists fight over offering in a market (Photos) 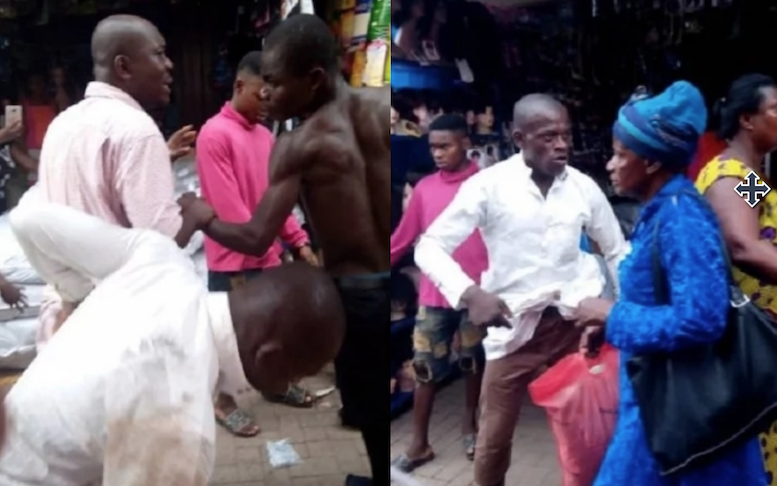 Two so-called men of God turned a Ghanaian Kumasi Central Market in the Ashanti region into a boxing ring as fight broke out between them over offertory. The two pastors, Evangelist Samuel Kwame Boateng and Evangelist Kwame Poku were seen throwing abuses on each other until it resulted into fighting.

Reports gathered from a reported from Adehye FM, Elisha Adarkwah, who visited the scene supposed that a trader in the market explained that it was due the current Christmas season when they are suppose to make more money.

One of the pastors, Samuel Kwame Boateng, at the finish of the fight claimed that his colleague had threatened to beat him up and was always abusing him.

He further explained that he followed the advise of a market woman to beat his colleague up in order to scare him away. 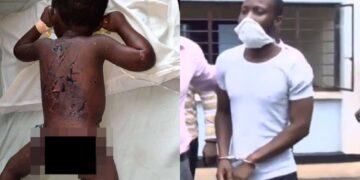