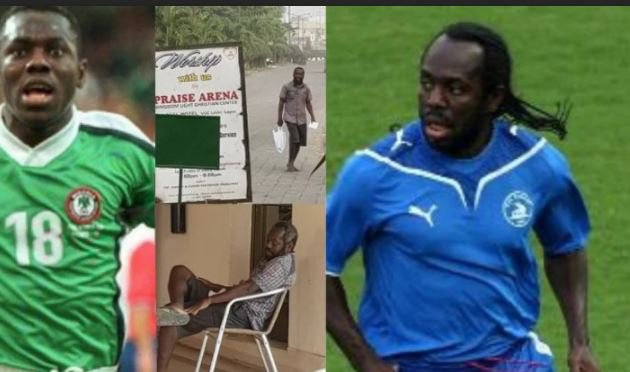 Former Super Eagles midfielder, Wilson Oruma has suffered emotional disorder as a result of how he was reportedly duped by an unknown pastor. Oruma, who played alongside JJ Okocha and Kanu is now broke and in a status of mental disorder six years after he was reportedly defrauded by a clergyman and some fake oil businessmen.

It was learnt that oruma eventually lost a whopping sum of N1.2 billion to an investment.

His close friend, Emakpor Dibofun has been reported to have told Complete Sports that the former Super Eagles star is yet to recover from the fortune he lost to fraudsters.

Dibofun said: “Wilson Oruma hasn’t really recovered from the emotional disorder which he suffered after he was duped.

“He has been to several places in search of a lasting solution, but it gets worse after a bit of improvement,” he said.

Oruma featured for RC Lens, Nancy, Samsunspor, Nimes, Servette, Sochaux, Marseille and Guingamp, and Kavala FC of Greece before he retired at the age of 33 on November 26, 2010.