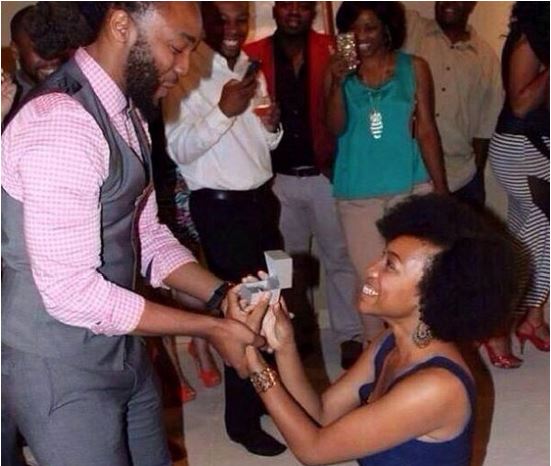 2. It demeans the man as not being courageous enough

Telling your man he’s an indecisive weakling by announcing you want to marry him is not only demeaning but an uncommon insolence no-one should accept.

Where is it permissible for a lady to pronounce his man a coward who’s scared of marriage?

3. It depicts that the woman wears the trousers in the relationship

A lady proposing to a man is telling the world that her man is a sissy who takes instructions from her. That she’s the man of the house.

The audacious damsel is proclaiming that she’s the captain of that ship.

In our tradition, men do the proposal. At least, in Nigeria.

A woman who knows her game is aware of the secrets of attracting and keeping a man. She shows how indispensable she is by elevating and multiplying joy, improving and enhancing his life.

Those are good enough to win a man’s heart. And by encouraging and diverting his attention to how marriage will make their lives whole and joyous, he reads the signals.